Contempt case against Lebanese journalists at the STL

What is this case about?


The Special Tribunal for Lebanon (STL) has recently lifted the confidentiality of contempt proceedings it started in January of this year against two Lebanese journalists and two news corporations in Lebanon. The STL accused them of having published "names of individuals alleged to be witnesses before the Tribunal". Lebanese journalists have acted in solidarity with the contempt accused, but a wider debate has ensued about the boundaries of press freedom and whether the current contempt case is an effort to silence the press in Lebanon. 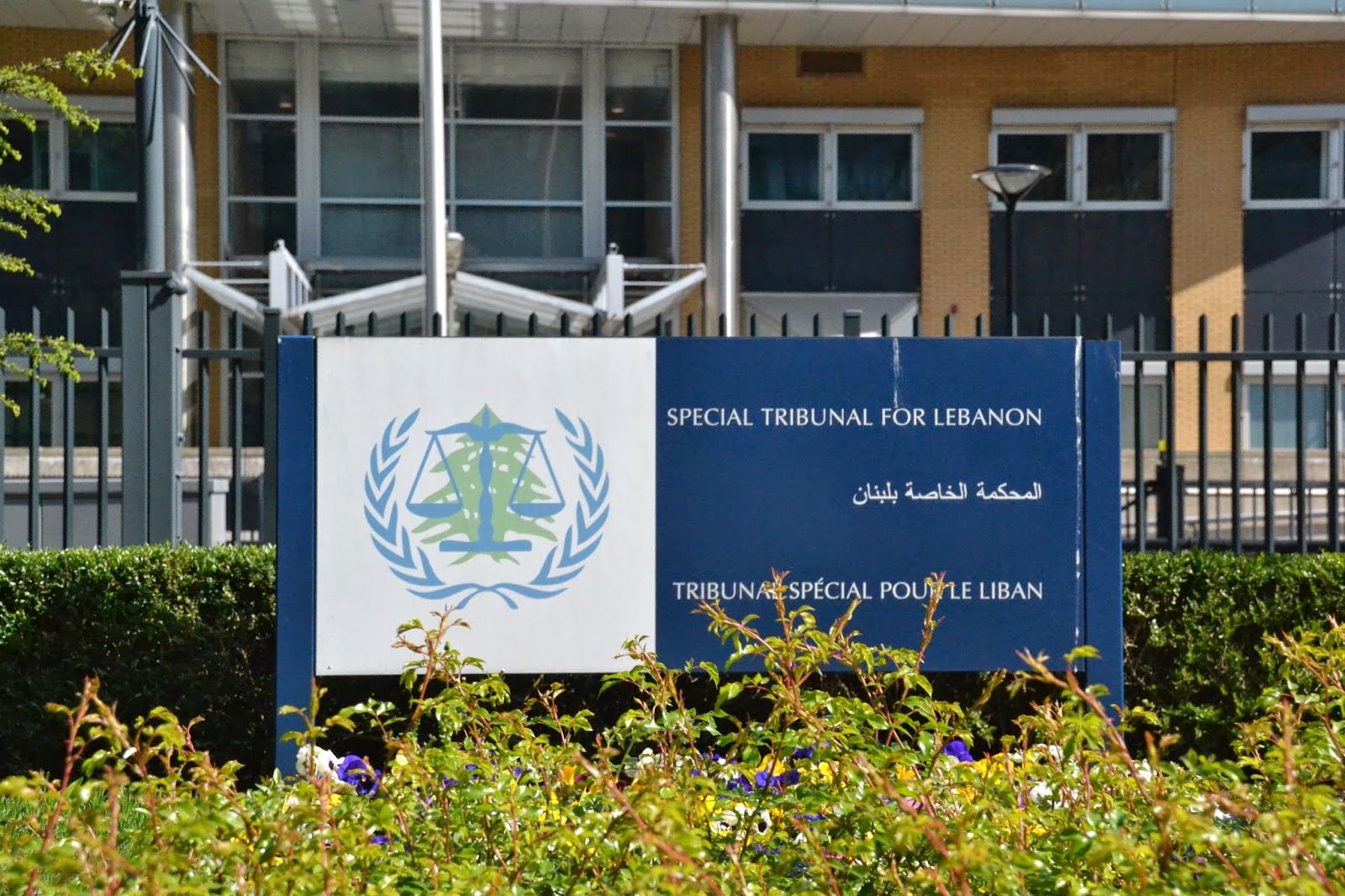 The journalists published on several occasions names of individuals alleged to be witnesses before the Tribunal. The information was broadcast on websites, TV programs and YouTube. At no point does the Contempt Judge clarify whether the published names are in fact witnesses before the Tribunal or not. And indeed, the Judge should not clarify this for the obvious reason that he may have revealed confidential information by doing so. Thus, the mere fact that they are alleged to be witnesses is in itself a breach of confidentiality.

If convicted, the two natural persons charged with contempt face a maximum sentence of seven years in prison, a fine of 100,000 or a combination. The legal persons can only be fined for their role in the contempt case.

The two journalists and corporations have been summoned to appear before the STL in Leidschendam on 13 May 2014. The summons specifies that the initial appearance may be attended by video-conference, provided that counsel for the accused attends the appearance in person.

A third publication is currently still under investigation; the details thereof have not yet been made public.


On 31 January 2014, Judge David Baragwanath, then the Contempt Judge, issued a Contempt Decision, in which e charged two individuals and two corporate entities with contempt of court. The Contempt Decision is unique in that, for the first time in international criminal law, it charged corporate entities with contempt of court. The investigation against the individuals and corporations was instigated after publication (on TV, website and YouTube) of names of individuals alleged to be witnesses before the Tribunal.


In the Decision, Judge Baragwanath considered the purpose of contempt proceedings, which he determined to be "to protect the public from wrongful interference with the administration of justice". He looked at the applicable law and found that, though the Tribunal's Statute does not specifically provide for contempt, the Tribunal's power derives from its inherent jurisdiction to protect the integrity of the judicial process and to ensure the proper administration of justice. Rule 60bis of the Tribunal's Rules of Procedure and Evidence (RPE) provides for the authority to hold accountable those who knowingly interfere with the administration of justice. He found that, although there is no explicit provision on contempt, prosecuting for this crime is not in breach of the principle of legality. This seems to be in line with the jurisprudence of other tribunals, that have argued along similar lines. He further considers the fundamental right to freedom of information and press freedom, but concludes nonetheless that the media, like the rest of the community, must comply with the law. Judge Baragwanath adds that: "Nothing is more fundamental to the rule of law than that there must be no deliberate interference with the administration of justice."

Judge Baragwanath further decided to include legal persons in the contempt proceedings, a unique phenomenon in international law, the importance of which should not be underestimated. The applicable provisions of the STL do not specify whether or not it is possible to prosecute legal persons for breach of Rule 60bis RPE provisions. He further analyzes national case law, including Lebanese law that indeed allows for criminal prosecution of corporations. He notes that, indeed, no such prosecution has ever taken place under international law, but he emphasizes that there  is nonetheless an "international trend" toward criminal liability for legal persons, particularly, he states, with respect to contempt cases, where corporate entities hold great power in their ability to publicly disseminate information. This decision may lay a foundation for further development of liability of corporate entities in international criminal law.

Appointment of an amicus curiae investigator and a new Judge


The Judge appointed an amicus curiae to further investigate the matter. The amicus investigated the allegations, and recommended the issuance of orders in lieu of indictments against these persons, legal and natural. The amicus also investigated the source of the information, but did not come any further than indicating that it was "unlikely" that such information was leaked from within.

Judge Baragwanath ordered the contempt proceedings to be initiated against Al Jadeed TV and Ms. Kharma Khayat, and Al Akhbar and Mr. Ibrahim Al Amin. This Judge subsequently, and after much deliberation of other cases, including the Hartmann case at the ICTY, decided to recuse himself from further proceedings against the four, as "this means I am now the prosecutor of the contempt issues. I cannot now become judge of the same issues".


The German weekly Der Spiegel on a previous occasion disclosed details of the then confidential indictment, including the names of potential suspects, before it had been made public by the Tribunal. The Canadian CBC revealed sensitive information about the STL's investigation, including information in relation to tracking of telephones used by the suspects of the Hariri assassination.

However, the publication of sensitive information is of a different nature than publishing names of potential witnesses. Witnesses may be at a personal risk by playing a role in the proceedings, and the Tribunal has an obligation to protect their safety.  If their situation is such that they may be at risk because of that, they may receive protective measures that will shield their identity from the public and/or other parties. By publishing names of potential witnesses that are deemed confidential, this system is compromised, the proper administration of justice may be endangered and the lives or health of individuals may be at risk. By instituting proceedings against these journalists and their employers, the Tribunal issues a very clear warning signal to the press community that such behavior is off limits.

Previous cases at the other tribunals


Other international tribunals have dealt with similar cases, as will be discussed below. Generally, there is consistent jurisprudence that the publishing of names of alleged witnesses is subject to contempt of court proceedings.


The Rwanda Tribunal does not have many cases of prosecuting journalists for contempt in relation to the publication of witness-related information. However, in 2006 the ICTR prosecutor attempted to prosecute the French language paper Diplomatie Juridiciaire and war crimes reporter Thierry Cruvallier for an article (see here and here) revealing the identity of a potential prosecution witness in the Bagosora case and his possible involvement in the genocide. The then-Prosecutor Carla del Ponte sent a letter to the newspaper, warning that if it would not retract the article, she would bring the matter to the ICTR. The Prosecutor's request to prosecute the newspaper was, however, rejected by the Chamber dealing with the matter, and there is not much information available about the details of this case.


When considering the case at hand, mainly the contempt case against Florence Hartmann at the ICTY comes to mind. She was previously spokesperson for the Office of the Prosecutor of the ICTY. Working for then Chief Prosecutor Carla del Ponte, she had obtained information in relation to the role the Serbian government had played during the Bosnian war. After she stopped working for the ICTY, Florence Hartmann continued to work as a journalist, and in that capacity published a book about the Milosevic case. In her book, she included details of decisions that had been redacted by the ICTY. The Appeals Chamber convicted her initially of a fine that was later transformed into seven day prison sentence; however, France has refused to extradite her.


The Kenya cases at the ICC are closely followed by the media in Kenya which are generally quite critical of the proceedings. There have been several incidents concerning the revealing of confidential information in relation to prosecution witnesses. Notably, the first witness in the case against Ruto was not named in court, and face and voice distortion were put in place during her testimony. Nonetheless, the BBC reported that, shortly after her testimony, numerous bloggers and social media entries published her supposed name. Judge Chile Eboe-Osuji subsequently warned that anyone revealing the identity of a protected witness could be guilty of contempt of court, in an attempt to prevent further disclosure of confidential witness information.

Walter Barasa, a Kenyan journalist, is accused of interfering with prosecution witnesses by paying them bribes. The ICC has requested his arrest, the first time for the ICC to issue an arrest warrant for trying to influence witnesses. Kenya has not yet transferred him to The Hague and the proceedings are on hold.


The contempt case against the journalists seems to be a logical consequence of the publication of names of alleged witnesses. Given the case law of the other tribunals, there is a proper basis for doing so. The prosecution of the corporations for contempt of court is, however, unique in international criminal law (for an excellent analysis of this aspect of the case, see this blog by Dov Jacobs).

A heated debate has arisen within Lebanese society about the legality of the contempt cases (see e.g., this article in the Daily Star by Kareem Shaheen), and the STL must be very careful by not making matters worse for its perception. The Contempt Judge dealing with this case must ensure to provide very clear reasoning in her decisions, so as to avoid further unnecessary questioning of her assessment.

While the journalistic community within Lebanon seems united in support of the accused (see here), several members of cabinet involved themselves in the debate. The Minister of Justice urged the accused to respect the summons and to appear before the Tribunal on the 13th of May (see here), whilst the Information Minister supports the journalists, though at the same time indicating that the "important thing is that the two media outlets defend themselves properly by adopting all the legal means as per the tribunal's mechanism" (article Naharnet).

There is a fine line between press freedom, which is fundamental to the rule of law, and attempts to silence journalists. This is why this debate is so important and everyone's voice should be heard. Critical analysis of the decisions should be made by lawyers and journalists.

In this particular case, the publication of names of witnesses is one step too far: the fact that the Tribunal does not tolerate this is understandable. The critique that the source of the leaked information should be prosecuted rather than the publishers thereof is disputable. If the source is found by the investigator at some point in the future, naturally, measures should be taken against such person. However, this does not detract from the fact that the publication of such information in itself is prosecutable under the Tribunal's legal system.
Posted by Unknown at 11:37 AM