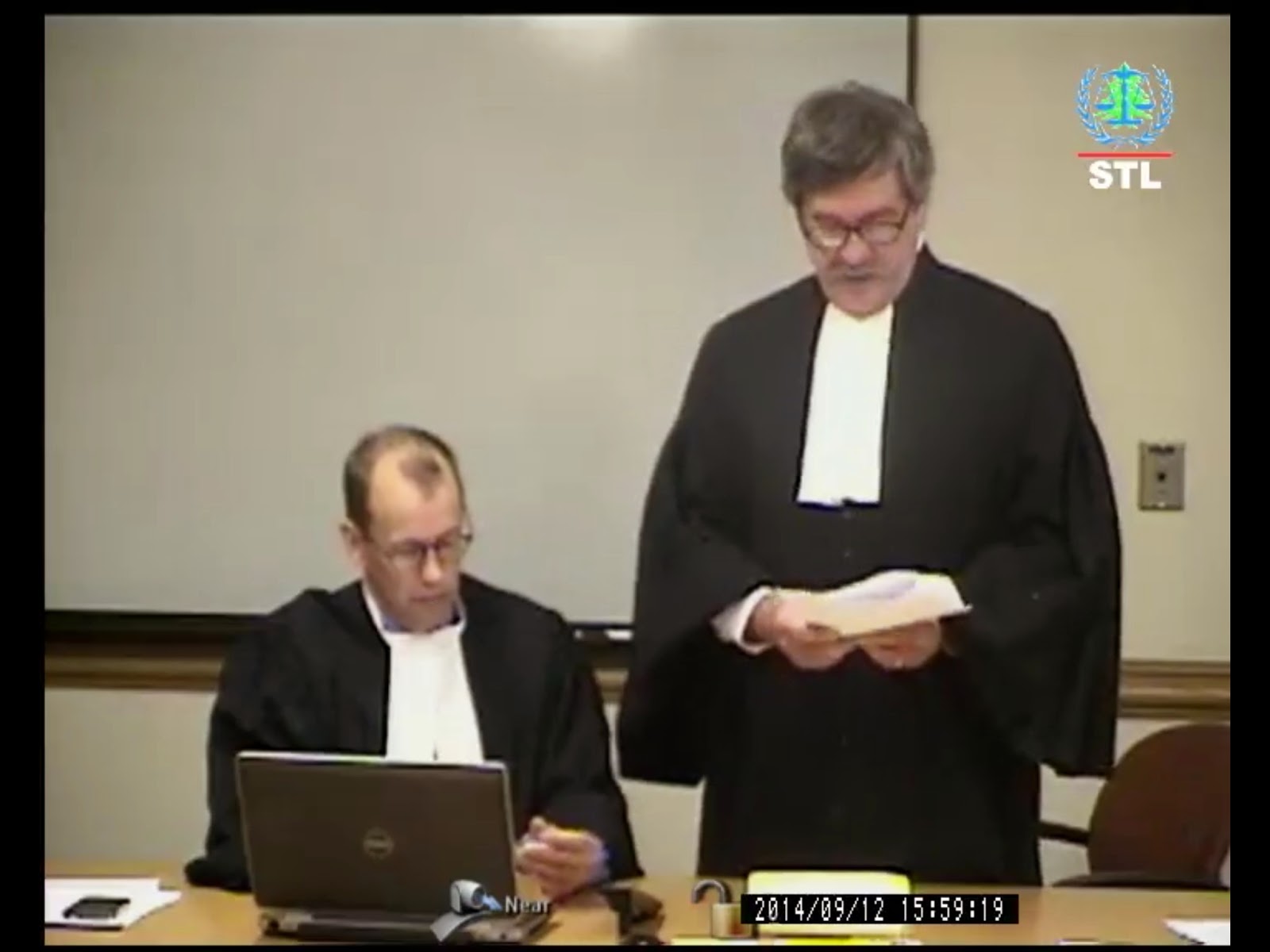 1. Absence of the accused

Judge Lettieri started off by indicating that initially, Mr. Al Amin, wished to represent himself as well as his co-defendant, the media company Akhbar Beirut S.A.L. However, given the behaviour of Mr. Al Amin, Contempt Judge Lettieri decided to request the Defence Office to appoint counsel to Mr. Al Amin and Akhbar Beirut S.A.L. The accused was not present today to participate in the proceedings. The Contempt Judge indicated that the accused continues to have the right to address the Judge on the matter of his representation, but he has to be present in the courtroom to do so.

2. Preliminary matter raised by the defence

Counsel for the accused Mr. Kasm, speaking in Arabic and at times French, indicated that he would have preferred the amicus prosecutor to participate today in the courtroom, instead of through video link from the US. It was the amicus curiae who proposed the date for this conference, after all.  Judge Lettieri responds that for a status conference, this is not necessary, but this is envisaged in the Rules. 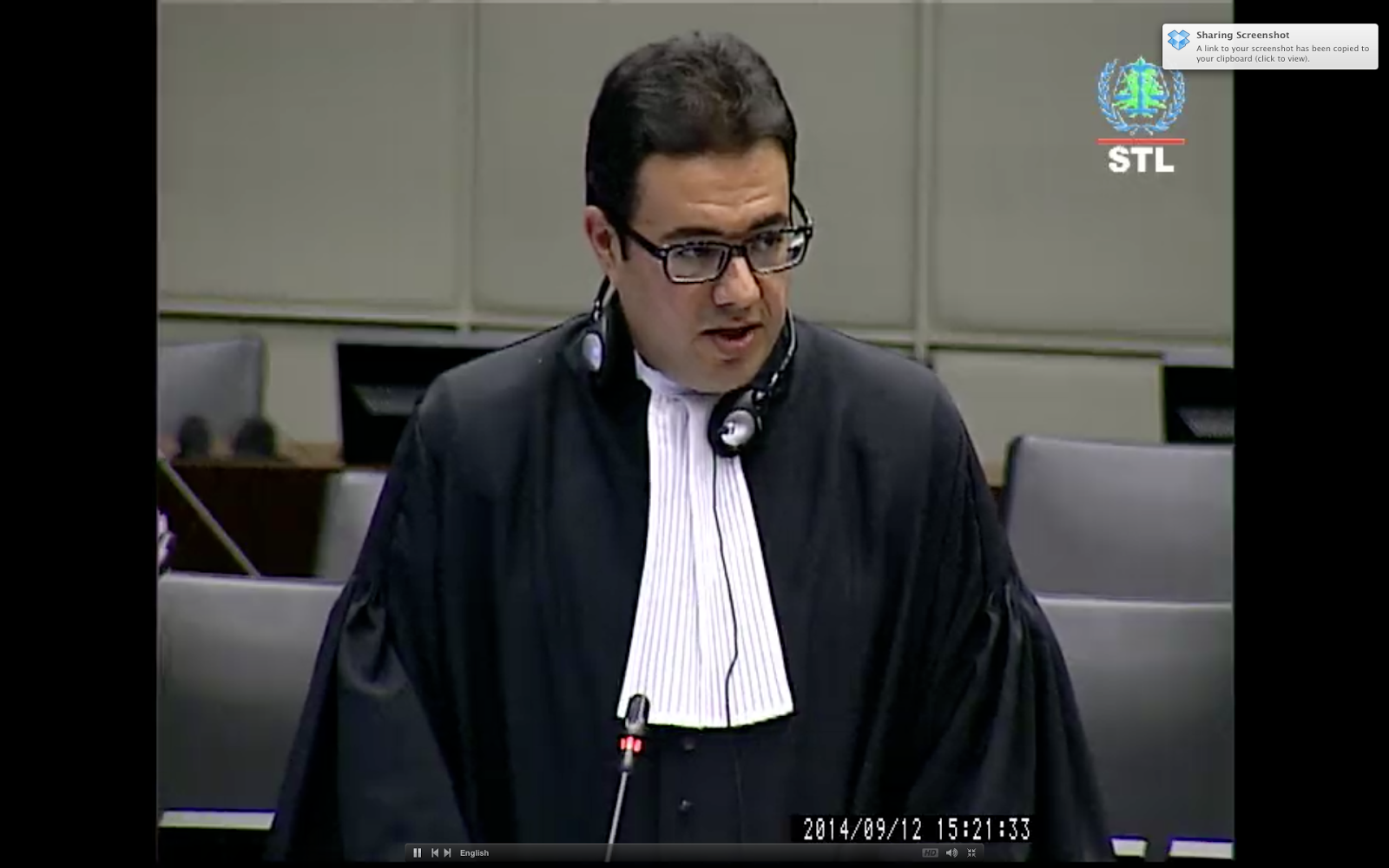 [screenshot of counsel for the accused Mr. Abou Kasm]

The amicus prosecutor has submitted a proposal for a timeline for the pre-trial phase. Mr Kasm responds that the defence must be given sufficient time for the preparation of the trial, including the filing of its pre-trial brief. He stressed that at the international level, it is the first time counsel is assigned against the accused's will in a contempt case. In all other cases where counsel have been assigned, the accused had been prosecuted for horrendous international crimes.

4. Request by counsel for the defence rejected by the Contempt Judge

At the end of the hearing, counsel for the accused Mr Kasm called on the Judge for assistance. He is, understandably, in a very difficult position, given that he is imposed on the accused, and the accused do not want to have counsel representing them. Mr Kasm states: "I do all I can to fulfill my professional responsibilities, but I would like to call on you".

In a previous ruling, the Contempt Judge imposed the duty on defence counsel for the accused to disclose the evidence to the latter, while stressing at the same time "that counsel is reminded of their obligation to protect the confidentiality of the evidence and the proceedings".

In quite an emotive statement, counsel Kasm says that he is not there simply to serve the accused persons with documents only. He asks that the responsibility of disclosure to the accused be not only put on his shoulders, but also on the prosecutor and the Registrar, adding that the current proceedings are coming quite close to an in absentia trial. He adds that there is a risk that counsel, who bears the sole responsibility of sharing evidence with the accused, is then faced with a non-cooperative accused publicising such information illegally.

The Contempt Judge chose not to address the question, and simply responded: "You have chosen to be a lawyer, and you have accepted that responsibility!", thereby leaving counsel for the defence in a very difficult position. A position that he has knowingly taken upon himself, but nonetheless a very difficult situation that any lawyer in his situation would have problems with.
Posted by Unknown at 5:11 PM