Resumption of the STL trial with a bomb explosion expert

On 26 August the Lebanon Tribunal resumed its proceedings after the summer recess had come to an end. The Prosecution continued with the presentation of its evidence by presenting its next witness in line, Dr. Konrad Schlatter. Dr. Schlatter was one of a group of Swiss forensic experts, himself being a bomb explosives expert. He attended crime site in Beirut in March 2005 at the request of Mr. Fitzgerald, head of the UN Fact Finding Mission to Lebanon. 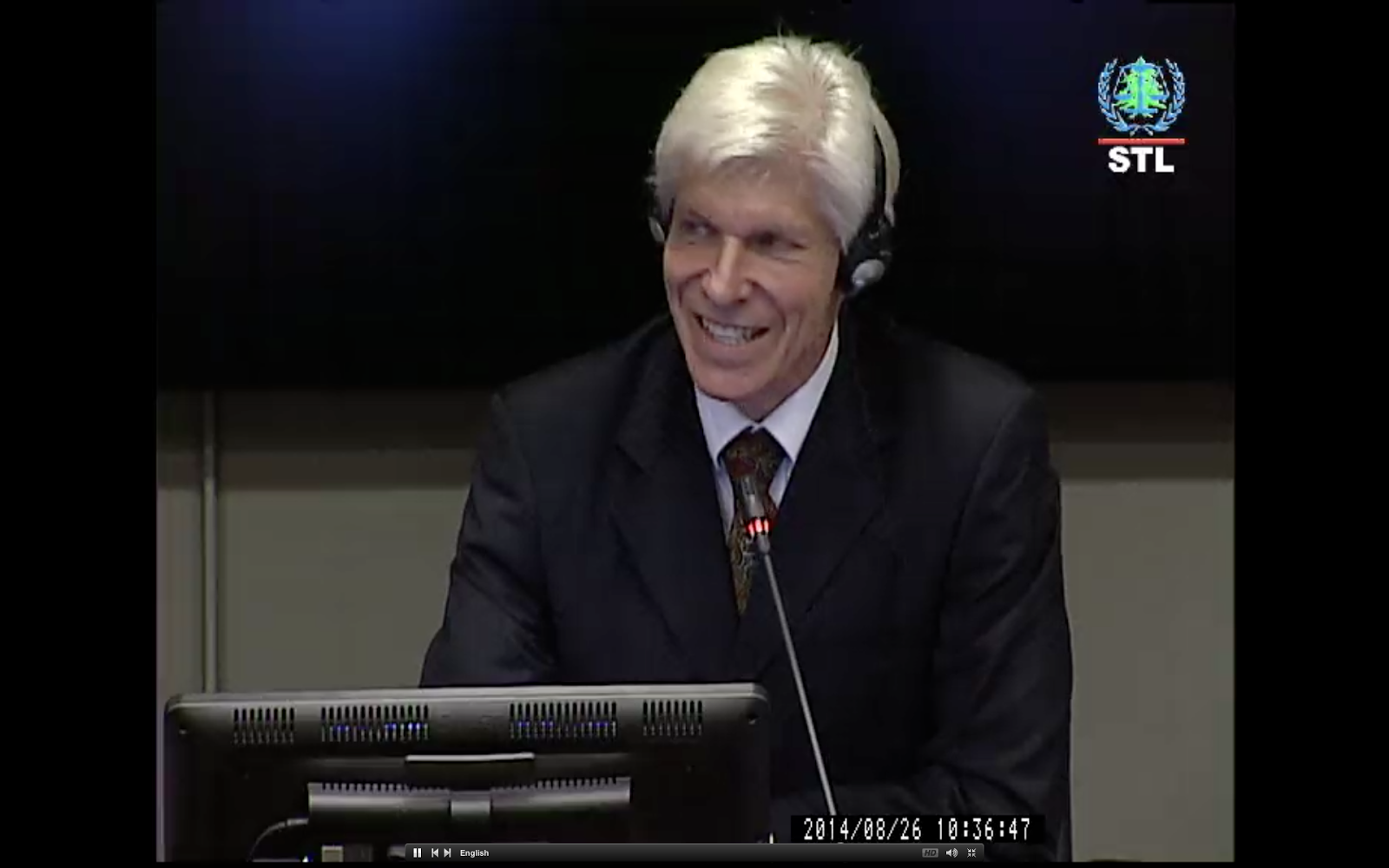 [Screenshot of Dr. Schlatter at the STL.]

The witness explains that the questions asked by the UN Fact Finding Mission were limited; they were asked to say something about what kind of explosives were used, how much of it, and about the trigger mechanism of the device. Given the limited amount of time they were given, there was no possibility to do a wider research than the parameters given by the Fact Finding Mission.

Dr. Schlatter states that the crime scene was "significantly altered" when they arrived there in March of 2005. The witness and his co-experts were shown videos and pictures which showed the first few hours after the explosion. There were a lot of emergency personnel and other persons on the spot, and as a result of that, evidence had been moved. When they arrived at the scene, the convoy vehicles were no longer there. And in the course of their work, Lebanese officials showed them pieces of evidence which had clearly been removed from the scene of the crime before they had arrived. Normally, at a crime scene it is indicated where people are not allowed to walk; that had clearly not been the case here.

The witness is shown several photographs of the crater and its surroundings. 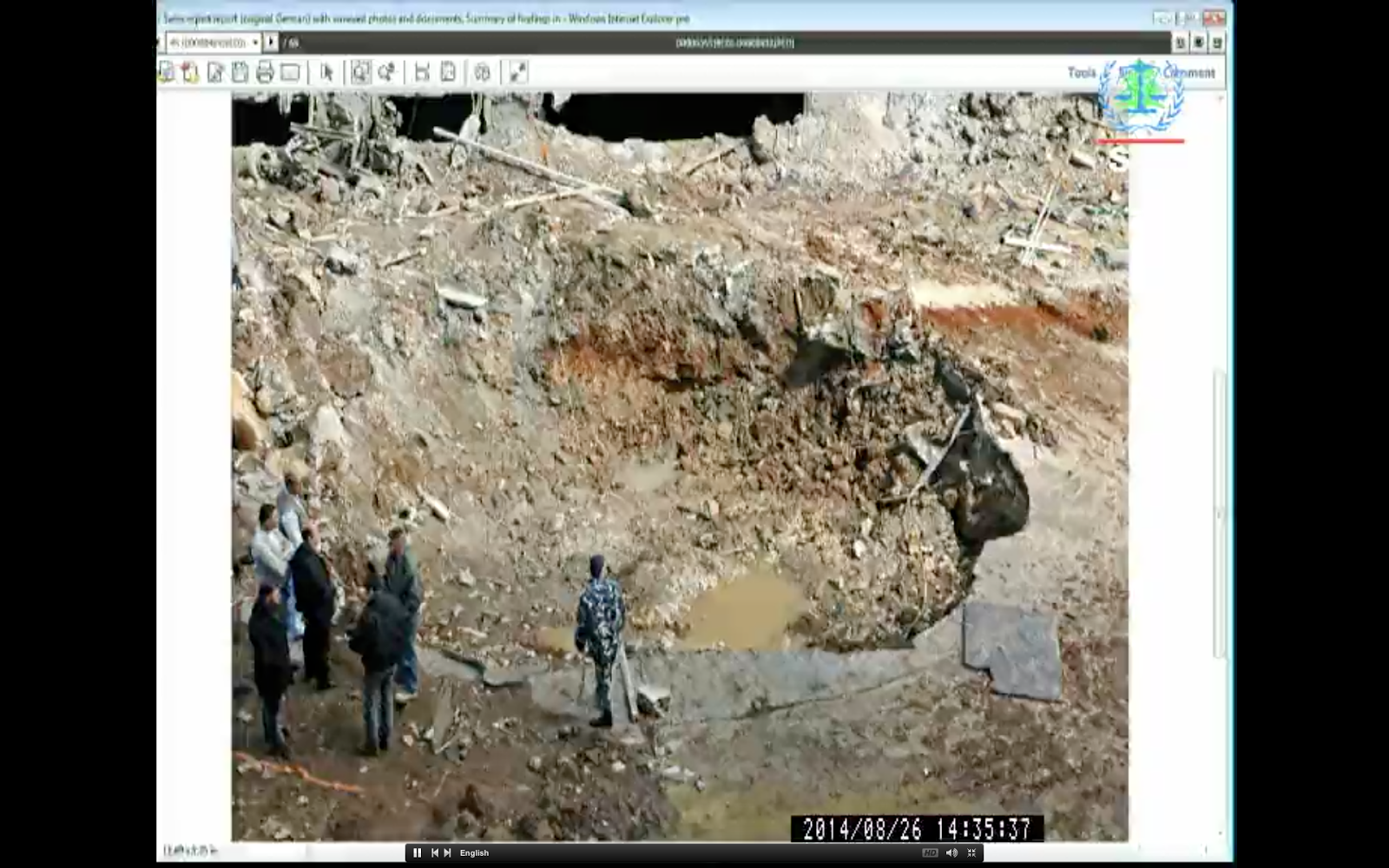 [Screenshot of the crime scene.]

The witness testifies about the size of the bomb crater; indicating that the diameter crater was approximately 12.5 meters, and some 2.2 meters deep. Also, the vehicles from the convoy were taken away from the scene, thereby contaminating the evidence. The witness is further asked by Judge Akoum about the destruction of evidence and how that could have been avoided. The witness indicates that simple precautions could have been taken, such as covering the crime scene, so as to protect it from rain and wind. But more importantly, the evidence should have been collected at a very early stage so as to avoid its destruction or altering.

The witness describes in great detail his report and the photographs annexed to it, and in response to questions posed by the Prosecution and judges today, about the effect of the explosion on the buildings surrounding the explosion site.

The witness and the other experts were looking for more metal parts of the vehicle carrying the bomb in the crater. One item they found was a metal part with a Mitsubishi logo on it (see red marking on screenshot below). 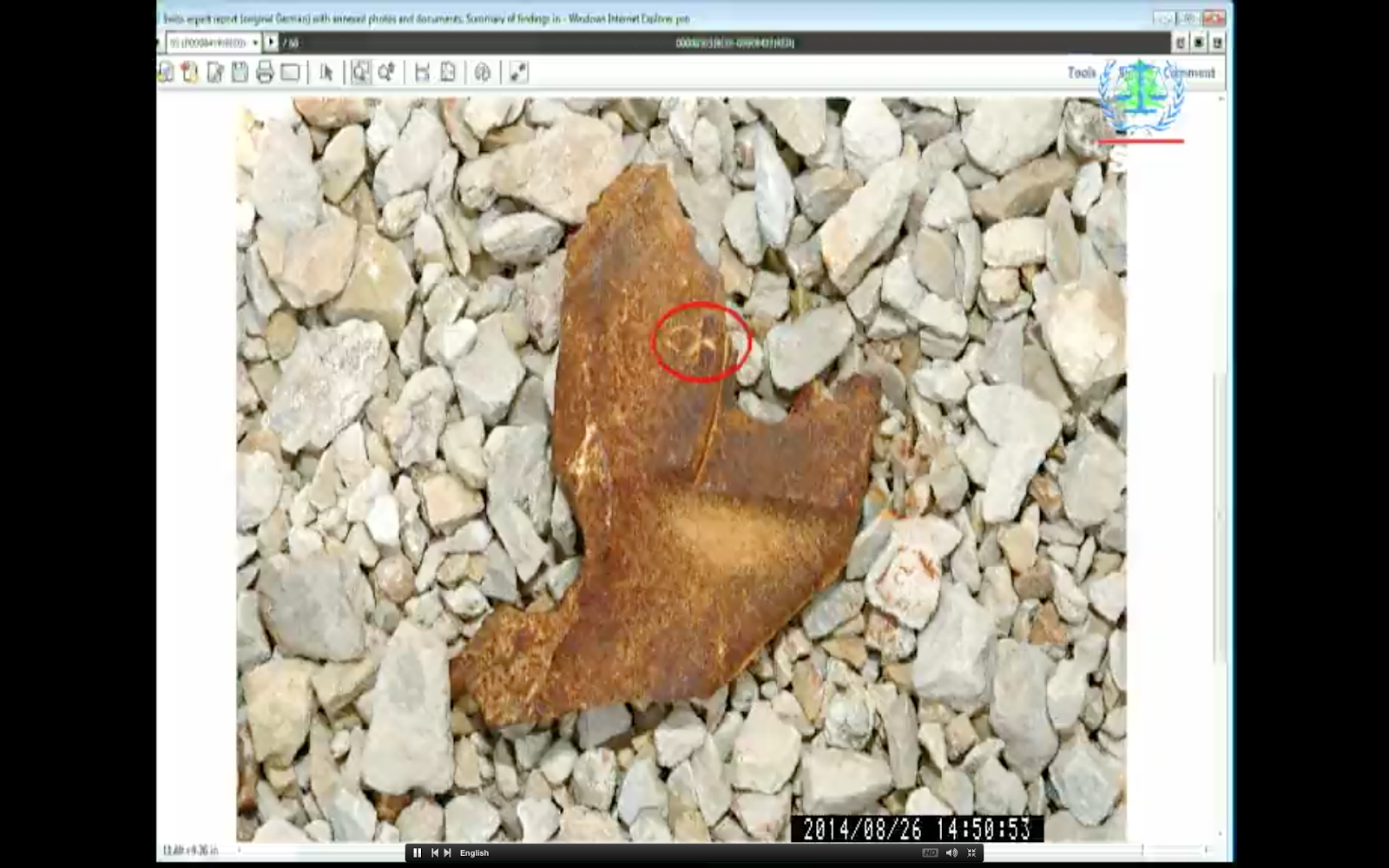 [Screenshot of metal part with Mitsubishi logo found on the explosion site.]

Another item was retrieved; the witness also joined the diving team and found more metal parts. They picked up parts from the bottom of the sea near the St. Georges building. Dr. Schlatter also explains why he believes the explosion took place above the ground and that the amount of explosives used was approximately 1,000 kilograms.

In cross-examination, the following day, Dr. Schlatter confirms that the investigations team he formed part of did not have a lot of time for its investigations of the explosion, and the crime scene had been altered, recognising that in the immediate aftermath of an explosion, the saving of lives and removing the dead takes priority over safeguarding the crime scene.
Posted by Unknown at 4:41 PM