Prosecution witnesses who were working for Mr. Hariri

The week of 11 November saw the end of the first phase of the Prosecution's case. The first witness to testify this week from Leidschendam, the seat of the Tribunal, was Mr. Mohammed Mneimneh who was the assistant to the head of protocol office of Lebanon's former Prime Minister Rafik Hariri. He testified about his role and responsibilities in the protocol office, Mr. Hariri's typical daily schedule and lifestyle patterns and his agenda, including his visits to Quraitem Palace. 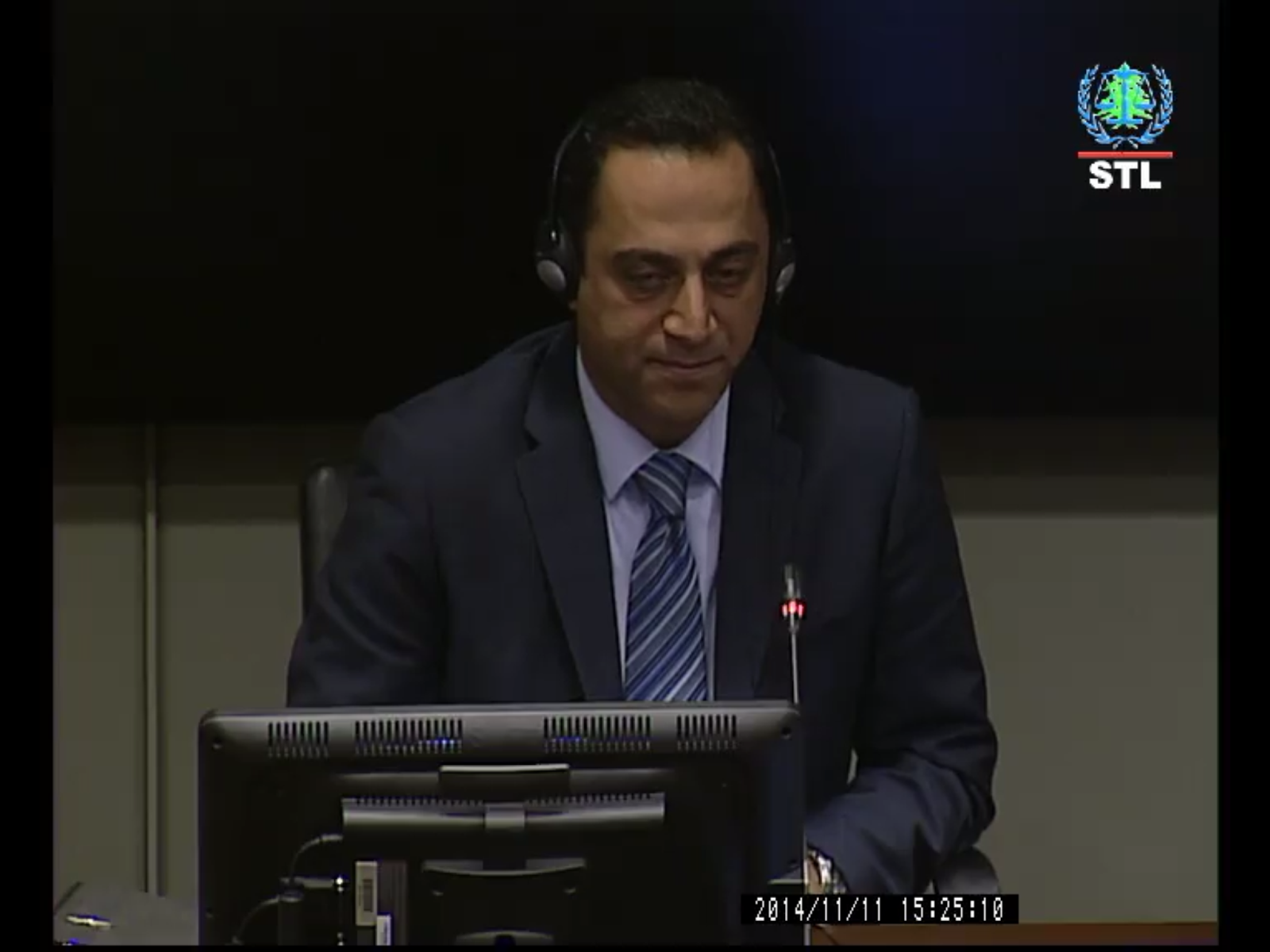 The witness started working for Mr. Hariri in 1999 and worked under the late Wissam Al-Hassan where he was responsible for keeping Mr. Hariri's agenda. He arranged the appointments and visitors, organised his trips; he and his team would travel in advance to arrange for Mr. Hariri's trips inside and outside of Lebanon. The witness describes a typical day of Mr. Hariri, waking up early and would meet with people that he knew, close associates and businessmen, who did not have appointments but who wanted to meet with him. He describes the nine floor building of Quraitem Palace where Mr. Hariri's office was located. The appointments Mr. Hariri had with representatives of Hezbollah were not noted down in the agenda as they were not arranged through the Protocol Department but through intermediaries or through Mr. Hariri himself. The witness would only know of these appointments after they had occurred. The Prosecution tenders parts of Mr. Hariri's agenda into evidence, and some of the details thereof are discussed in the courtroom.

That same day, 11th November, the Defence started its cross-examination of Mr. Mneimneh. One of the issues Mr. Korkmaz, counsel for accused Mr. Baddreddine, questions the witness about Mr. Wissam El-Hassan's absence from work on Monday 14 February 2005, the day of the assassination. Mr. El-Hassan called the witness the preceding Saturday to inform the latter that he would have an exam at the Lebanese university on Monday and hence would be absent from work that day. Mr. Korkmaz's cross-examination continued on 12th November. The witness is asked about a scheduled appointment with Mr. Ayad Allawi on 14th February 2005 that had been cancelled, though the witness states he was unaware of that. The next in line to cross-examine the witness is Mr. Young defending the interests of accused Sabra. Mr. Young questioned the witness about, inter alia, the importance of the election time in January and February 2005. Mr. Young further discusses the resignation of Mr. Wissam El-Hassan from the Internal Security Forces (ISF) on 10 February 2005, four days before the fatal assassination. Also, prior to his assassination, Mr. Hariri had personal concerns about his safety and sometimes failed to give advance notice of his movements, even to his protocol team. Ms. Le Fraper, lawyer defending the interests of the fifth accused Mr. Merhi, also questions the witness in respect of the scheduling of the secret meetings Mr. Hariri had, which, the witness states, were organised by Mr. Wissam El-Hassan or through Mr. Hariri himself or intermediaries, but there was no clear record of that type of visitors.

Second witness this week: Mr. Al-Daouq
The second, and last, witness to testify this week on 12 and 13 November, was Mr. Maarouf Al-Daouq, who was the head of the Lebanese Press Office for the President of the Council of Ministers. In his testimony-in-chief, he talked about his role and responsibilities in the creation of press releases, the publishing and circulation thereof and the structure and format of such press releases. When Mr. Hariri resigned as Prime Minister, the witness was asked to work with Mr. Hariri on a full-time basis at the Quraitem Palace. His responsibilities included covering news, activities and events related to Mr. Hariri and he would make arrangements to cover those events. Counsel for the Prosecution, Ms. Bari, takes the witness through several of the press releases that were issued prior to the assassination of Mr. Hariri. The witness discussed the resignation of Mr. Hariri as Prime Minister on 20 October 2004, and his involvement in the formation of the subsequent government; there were attempts to nominate Mr. Hariri again as Prime Minister in the new government. However, when all discussions and negotiations on this topic failed, he submitted his final resignation. Mr. Iain Edwards for the accused Badreddine started the cross-examination of this witness. The 171 press releases that this witness provided on a CD to the Prosecution have not yet been admitted into evidence, and the questioning of this witness is not about the content of those documents. Unfortunately, when they will be admitted, the STL website will probably not allow the public to read these exhibits.
Posted by Unknown at 4:15 PM