The next political witness: Dr. El-Khoury

From 15th January onwards, the next political witness took the stand: Dr. Ghattas El-Khoury, a prestigious surgeon and former Member of Parliament in Lebanon. He was a close confidant and political ally of former Prime Minister Rafik Hariri. His testimony was extensive and spread over several days of examination-in-chief and cross-examination. During his testimony-in-chief, the witness covered six different topics: 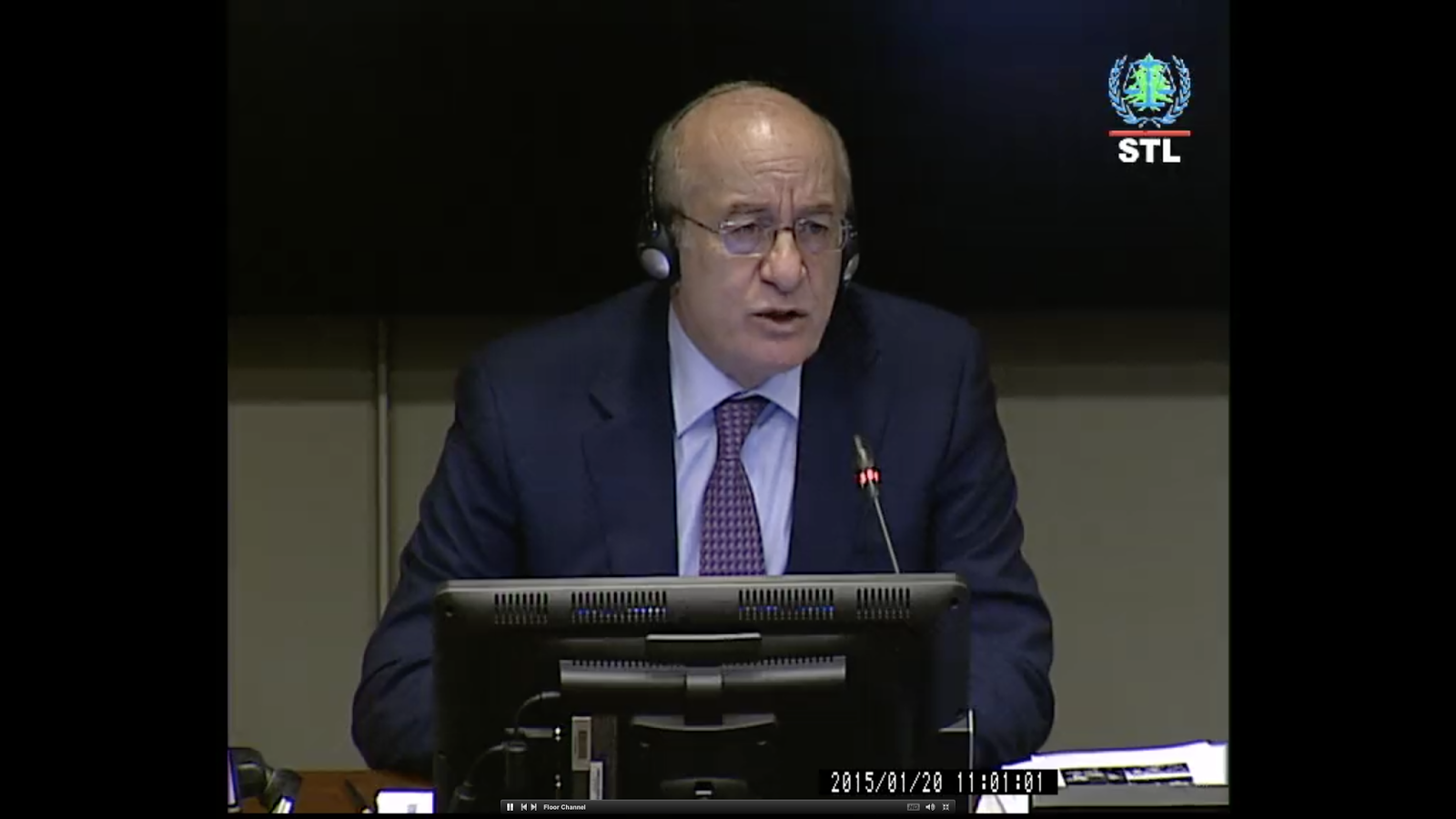 1. The position of various parties relating tot he extension of President Emile Lahoud in mid-August and beyond, after Hariri's visit to Damascus on 26 August 2004.


During the summer of 2004, Mr. El-Khoury stated he had been responsible for keeping an open dialogue with the Christian Maronite groups and other political parties with the aim of convincing those political opposition groups to elect a new president of the Republic and to respect the Lebanese Constitution. Several groups were in favour of changing the Constitution so as to allow Emile Lahoud a further extension of his presidency. This idea was supported by the Syrian-Lebanese apparatus, according to the witness. Former PM Hariri was reluctant to this idea, but changed his position after visiting President Bashar al-Assad in Damascus. He testified that Hariri had said that the meeting had been "short and inappropriate". He had been made very clear that he had to accept the extension of Lahoud's mandate. Hariri had returned from Damascus being very upset and nervous. Hariri had no choice but to approve the extension of Lahoud and persuade other ministers to do the same.

2. El-Khoury's own position, which was not to support the extension, despite being an ally to Hariri.
The vote on the Constitution's amendment was scheduled for 3 September 2004. Dr. Khoury had decided to vote against the extension, in spite of other politicians' efforts to keep him from doing so. Around that time, the witness and his wife had been receiving threats. Hariri had accepted the witness's position on this, but realised that if more members of his bloc would vote against the extension, it could be suspected that he had given orders to that extent.

3. The discussions that El-Khoury had with Hariri about attending the Bristol gatherings organised by Walit Jumblatt.
Dr. Khoury indicated that after the extension of Lahoud's term, the only option available to form a government of their own choosing was to coordinate all political forces to achieve a strong opposition to Lahoud's group. El-Khoury himself and minister Walit Jumblatt were in charge of this. They hoped to achieve, inter alia, that the President would resign, to win the upcoming elections in May and to implement the Taif Agreement. This was the start of a new political chapter in Lebanon; a wide range of political opposition groups were united in a series of gatherings held at the Bristol Hotel, the so-called "Bristol gatherings". Although it was Hariri who coordinated those meetings, he himself did not attend due to political strategy and security concerns. After the extension, Hariri was asked to form a new cabinet, and it was impossible for him to openly support the opposition groups. Further, after his resignation in October 2004, Hariri preferred to be represented by Dr. Khoury and Bassel Fuleiham, in order to have a wider margin of manoeuvre.

5. El-Khoury's activities on the day of the assassination.
On the day Mr. Hariri was assassinated, Dr. Khoury went to the hospital to visit his patients. Afterwards, he visited Parliament together with Mr. Fuleihan. He joined Mr. Hariri in a cafe facing the Parliament, and left the cafe to return to the hospital for an operation on one of his patients. Minutes later, he heard an explosion and described how wounded people started arriving at the hospital. Bodies arrived, including former Prime Minister Hariri's. Mr. Fuleihan arrived at the hospital, badly injured before ultimately passing away.

Cross-examination
After giving his chief testimony, the witness Dr. Khoury was examined by the various defence teams. Defence counsel Mr. Iain Edwards questioned the witness about whether Syria's reputation would suffer from such an attack on Hariri. The witness responded that he was not in a position to assess Syrian relations vis-a-vis the international community, but added that in his view, Syria did not care about the international community. Other defence counsel suggested that other groups in Lebanon, political opposition groups, may have been interested in the disappearance of Mr. Hariri, but the witness responded that no one else was responsible for the assassination of Mr. Hariri.

With Dr. Khoury's testimony, the Prosecution continued leading political evidence pointing to Syria's involvement in the assassination of Mr. Hariri, departing from its earlier position where it took no position on any political or other motive for the assassination.
Posted by Unknown at 12:20 PM