This afternoon: First Appearance of newspaper al-Akhbar and its editor Al-Amin

Initial hearing of 13 May was postponed to today

Today, the Initial Hearing for newspaper Al-Akhbar and its editor Ibrahim Mohamed Al-Amin took place. The hearing was initially scheduled alongside the other contempt cases on 13 May, but the defendant in this contempt case, Mr. Al-Amin, indicated before the hearing (in a letter dated 8 May 2014) that he had not yet been in a position to select counsel, also criticizing the Head of the Defence Office Mr. Francois Roux, for not showing a very organized approach. 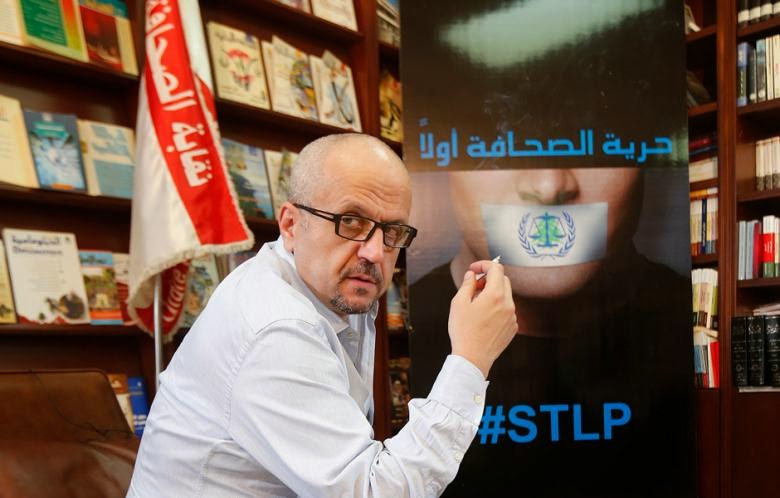 Already in his aforementioned letter of 8 May, Al-Amin indicated to the Contempt Judge his concern about his personal safety and that of his family and colleagues at Al-Akhbar. At the hearing on 13 May Contempt Judge Lettieri mentioned this concern, but did not make any reference to it in relation to the postponement.

Again on 26 May, Mr. Al-Amin sent a letter to Judge Lettieri, informing the latter of his concerns in relation to this hearing, the first being that of safety for himself, his family and his employees. He specifically asks the Judge what measures will be taken for him and his family by the Tribunal during and after the proceedings, stating that

"I am considered, at this moment, and after the issuance of the indictment, a person hostile to Lebanese forces, which deals with any criticism of the STL's work as a form of involvement in the attack on Hariri and others. These forces have their own uncontrolled security, militia and armed forces."

The second concern raised in the 26 May letter relates to the principle of nulla poena sine lege, no punishment without law. What Al-Amin seems to argue here is that the Tribunal lacks legitimacy given the discrepancies between the Lebanese Criminal Cod and Law on Publications on the one hand, and the Tribunal's legal system on the other. This is, however, a substantive argument that should be raised during the proceedings. He does raise valid questions, though, that will have to be addressed during the proceedings.

The third argument raised by the accused concerns the alleged selectiveness of this case. He states in his letter that "I cannot hide from you my strong feelings that there are latent intentions to target me and Al-Akhbar", referring to "political and judicial proceedings brought against Al-Akhbar and against me personally". He fails to further substantiate this concern in his letter, though it suggests that he is targeted for political reasons. He further refers to the campaign of solidarity by the Lebanese press society.

We have on previous occasions argued (see e.g. Al-Jazeera and The Daily Star) that the current case does not concern an attack on the freedom of press, indeed a right fundamental to the rule of law, but rather an attempt to stifle threats to witness safety.

The First Appearance is scheduled to take place today at 3pm (you can watch the hearing online) and Mr Al-Amin and the news corporation Al-Akhbar are requested to appear either in person or through video-link if their counsel appear in court. In his above mentioned letter of 26 May, Mr Al-Amin suggests that he has not yet chosen counsel to represent him and the newspaper, which means that he will have to be present in Leidschendam himself.