The first witness after the resumption of trial at the STL, PRH450, an officer within the Lebanese military police, provides a very small and seemingly uncontested contribution to the Prosecution’s case. His evidence-in-chief, a statement originating from the Lebanese investigation case file, has already been tendered pursuant to Rule 155 (see the Trial Chamber’s decision of 30 January 2014). Mr Alexander Milne, senior trial attorney for the Prosecution, reads a summary of his statement into the record: witness PRH450 was present at the crime scene after the explosion. On 21 February 2005 he found a burned body under a car, above which he had seen some blow flies.

The Prosecution does not have any further questions for the witness, but the Defence for Mr Badreddine has indicated that it is challenging his evidence, and counsel for Mr Sabra has requested “to cross-examine PRH450 on the basis that his testimony is capable of providing evidence relevant to the Defence making its case” (see also the decision of 30 January 2014). Mr Andreas O’Shea, legal consultant for the Defence for Mr Merhi, is however the first to cross-examine the witness. Witness PRH450 is testifying via video-conference link from the Beirut office, and as protective measures apply, his face is not shown on the screen.

Witness PRH450 seems evasive in answering the questions put to him in cross-examination, and has very little knowledge on the investigations after the bomb explosion of 14 February 2005. Obviously the events occurred a long time ago, but PRH450 was a judicial investigator within the Lebanese military police at that time, and according to the Defence for Mr Merhi by virtue of his position he knows more than he is saying. His recollection of the events is limited: the witness went more than two times to the crime scene but does not remember the exact amount of times; also he does not clearly remember the circumstances concerning the replacement of the investigative judge in charge of the explosion. Further he is vague about his recollection of meetings between the various institutions at the office of the investigative judge to coordinate the investigations.

The witness explains this by the fact that he was not entrusted with any specific assignment in relation to this specific crime scene, but that he was just asked by Judge Fahd to accompany him. The witness does confirm that the first to be done at the crime scene was the removal of any injured persons or bodies. He does not have any explanation as to why this body was only found seven days after the explosion, although there were circumstances that made the work more difficult, including the size of the crime scene and the weather.

Counsel for Mr. Badreddine, Mr Edwards, is next to cross-examine the witness, and focuses on the events of 14 February 2005. On that day the witness was asked to accompany the judges to the crime scene. He had never seen before a bigger explosion or a more chaotic crime scene. The witness is shown video footage taken on 14 February 2005, which confirms the chaos at the crater. 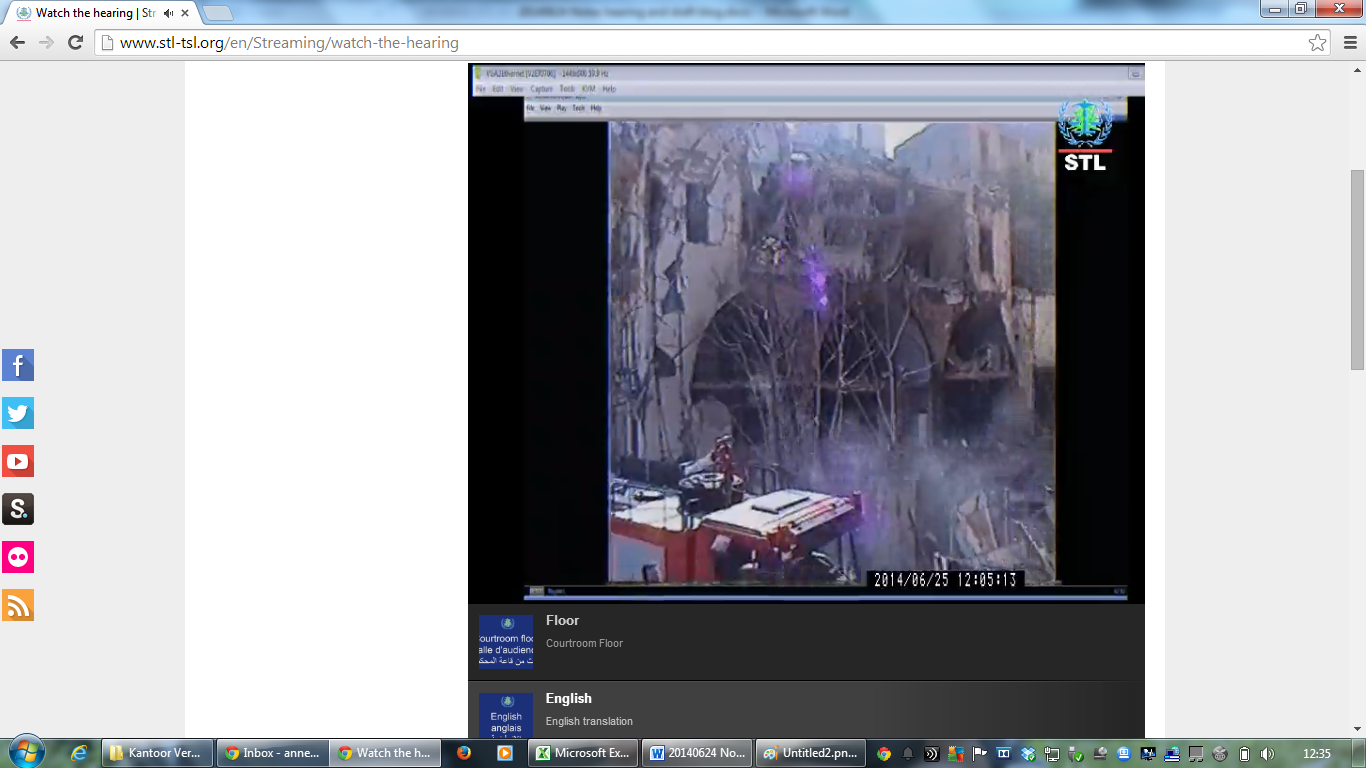 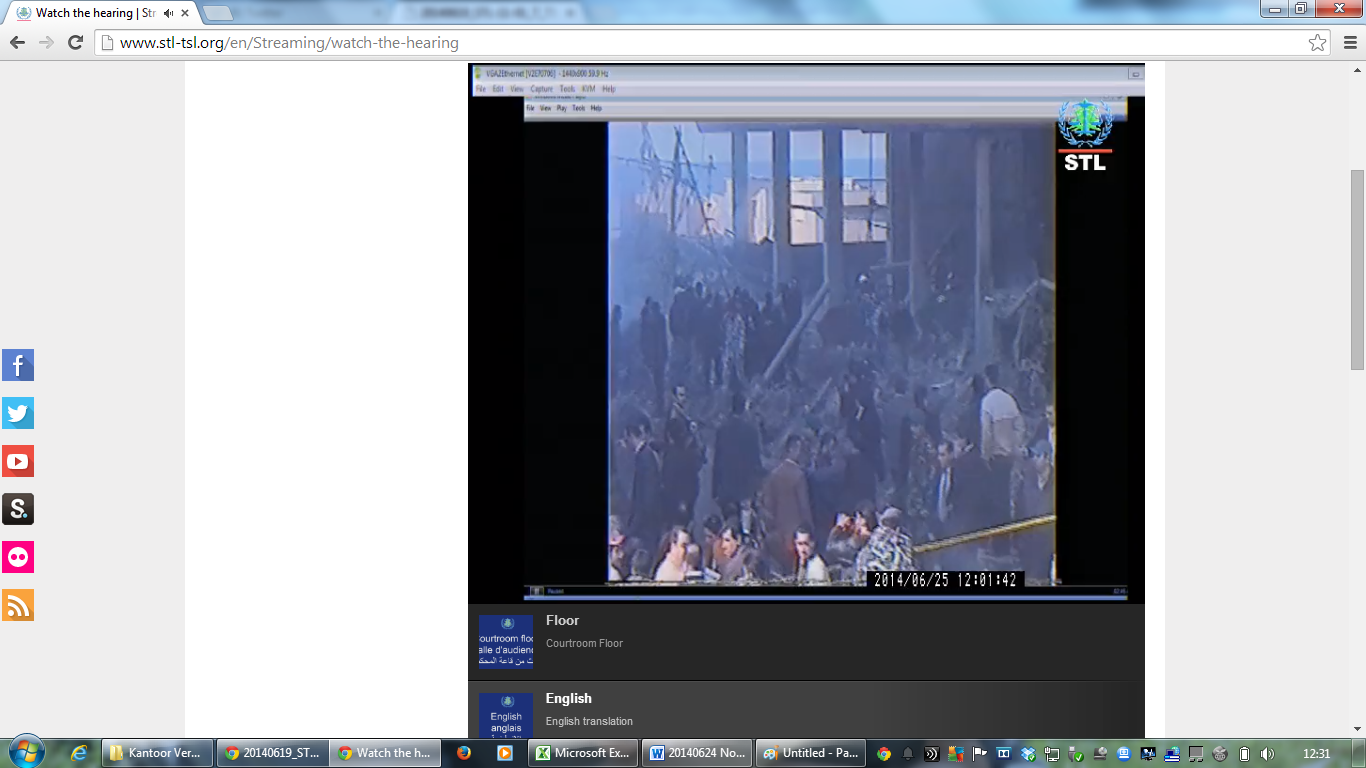 Mr Edwards suggests to the witness that although the area is cordoned off with yellow tape, there are dozens of people present at the crime scene, thus suggesting the possibilities for tampering of evidence. The witness replies that on 14 February the investigative judge ordered the crime scene to be sealed off, and no unauthorised people were allowed access to the crime scene after that.

Mr Philippe Larochelle, counsel for Mr Oneissi, asks the witness about his phone calls during the day of the explosion, a theme that fits well with the Prosecution’s case. The witness does not have any recollection about this, although he does remember that after the explosion it was impossible to make mobile phone calls for some time. The witness provides the parties with his telephone number, which the Defence for Mr Oneissi will use to obtain the telephone records of the witness on 14 February 2005. Although the Prosecution challenges the relevance of this evidence, Mr Larochelle explains that the defence wishes to check whether these records support the evidence by PRH450 on his movements on that day, which is relevant for the credibility of the witness, but also relevant to show the unreliability of the phone network and thus the evidence used by the Prosecution to implicate the accused. If these investigative steps by the defence will lead to the need to recall this witness remains to be seen.
Posted by Unknown at 8:04 PM