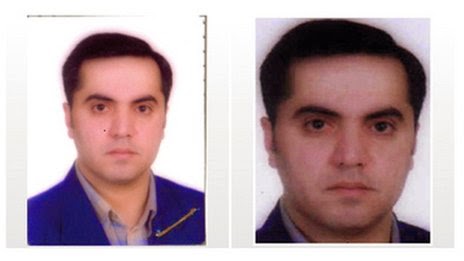 Mr. Aouini started off by saying that he wanted to extend his deepest sympathy to the victims of the 14 February 2005 assassination on former Prime Minister Rafik Hariri along with 21 others. He stressed that he does not question their suffering and their pain, indicating that "we appear here for the sole purpose of uncovering the truth" and, "for the advancement of reconciliation among the Lebanese people".

This latter statement is interesting, that it is one of defence counsel's objectives to contribute to reconciliation in Lebanon, which normally is not one of the primary concerns for counsel for the defence. At a later stage, Mr Aouini indicated that his task is to safeguard the rights of the defendant, and acting with the idea that at a later stage, the defendant may appear before this tribunal. As we have observed on a previous occasion (see our previous blog post on in absentia trials), it will be interesting to see throughout these in absentia proceedings how defence counsel will interpret their role for their clients that they've never been in contact with. Will they merely challenge the Prosecution case, or will they bring forward their own, alternative theories?

The main part of Mr Aouini's opening statement was spent on stressing the inequality between on the one hand, the defence for Merhi's team and the Prosecution who has had nine years to investigate, and on the other hand between Merhi's defence team and the defence teams for the other accused persons, who had significantly more time to prepare for the proceedings. Although this indeed seems a valid point, this has been raised on several occasions before the judges and has been decided upon (see here for the Appeals Chamber decision). It is an important issue for the Merhi defence, and it was to be expected that counsel would highlight this during his opening statement.

The proceedings will continue next week with the continuation of Prosecution witnesses who will testify either in court in Leidschendam or through video link from Beirut.
Posted by Unknown at 5:40 PM