On 16 and 17 July 2014, Prosecution witness Gerhard Geyer came to testify about the identification of Mitsubishi vehicle parts. Mr Geyer has worked for Mitsubishi Motors Germany since 1990. He was asked to investigate the vehicle parts in Beirut, where he traveled to in 2005 and subsequently drafted a report.

First, the Trial Chamber had to decide whether this witness would testify as an expert witness or as a witness-of-fact. The defence for Badreddine, Mr Iain Edwards, called into question this witness's expertise, but the judges decided nonetheless that Mr Geyer qualified as an expert witness under Rule 161 of the Rules of Procedure and Evidence, in that he had some form of specialised knowledge, experience or training. 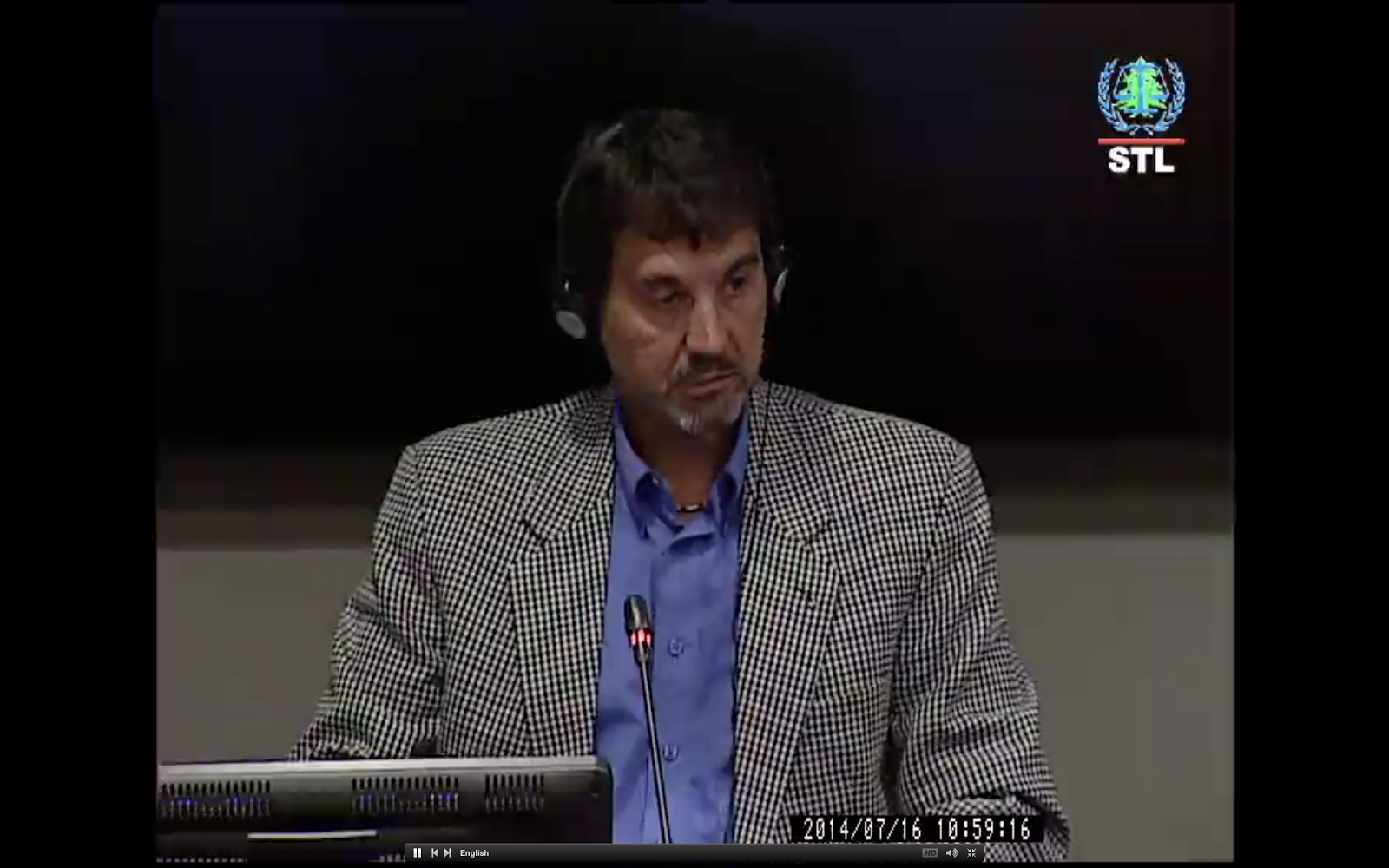 [screenshot of Mr Geyer at the STL]

In his testimony, and whilst being confronted with several exhibits consisting of car parts, Mr Geyer identified fragments of the vehicle that may have carried the bomb to the place of the assassination of former Prime Minister Rafik Hariri. Those parts were likely to have belonged to a Mitsubishi Canter van, according to Mr Geyer.

Mr Geyer was shown from the CCTV in the tunnel in Beirut through which the van had allegedly traveled in the direction of the location of the assassination (see here for an earlier overview of expert witness Robyn Fraser on the CCTV footage of the lorry through the tunnel). He indicated that it was not possible for him to confirm that the lorry that traveled through the tunnel was indeed a Mitsubishi Canter van.

The testimony of Mr Geyer forms an important aspect of the Prosecution case in tying together the vehicle that they allege carried the bomb to the assassination. The Prosecution alleges that the defendant Ayyash was involved in the purchase of the Mitsubishi Canter van in Tripoli (see article in the Daily Star).
Posted by Unknown at 2:47 PM