This week the first witness was Professor Fouad Ayoub, an expert in human identification. Professor Ayoub explained his role in the collection of remains from the crime scene after the bombing of 14 February 2005 that killed Hariri, and the analysis of the results after DNA testing had been done at two laboratories in Beirut. This resulted in the identification of deceased victims of the bombing. 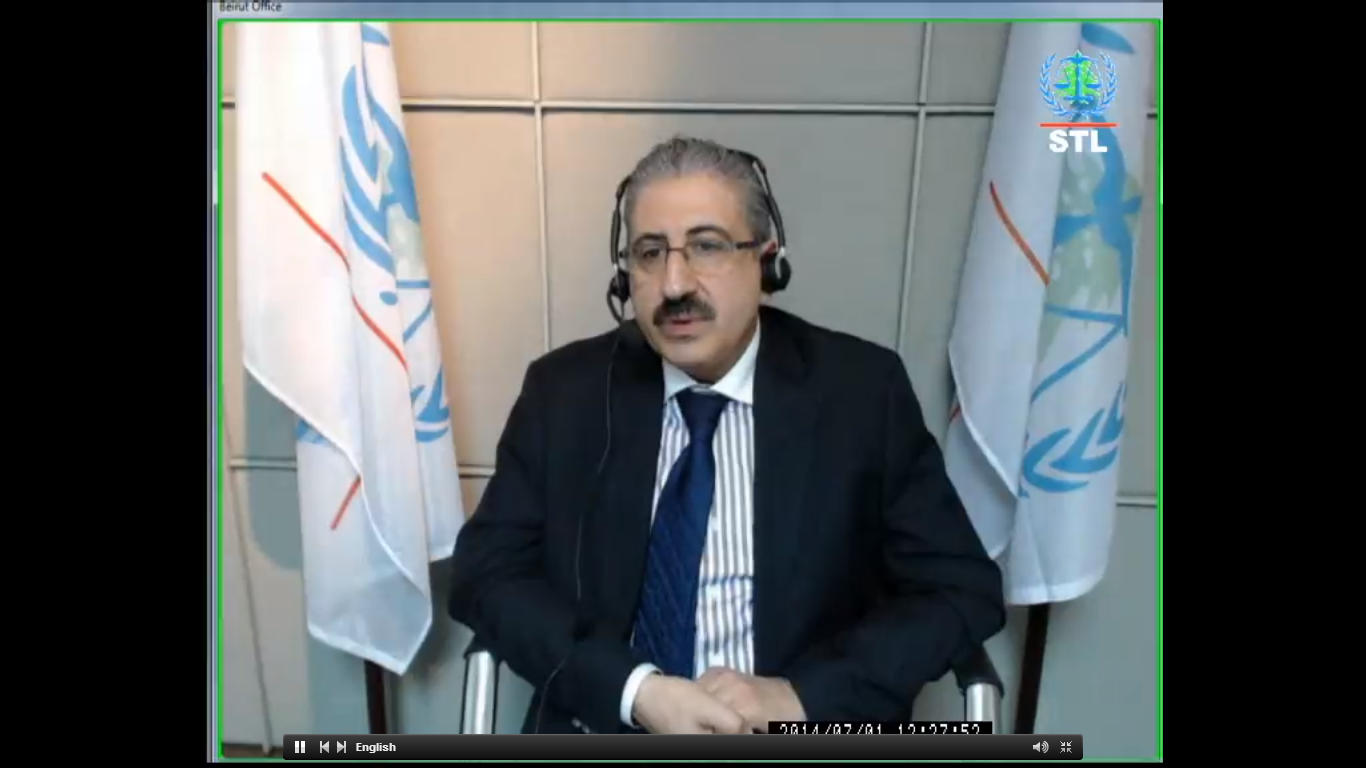 Professor Ayoub became involved in the investigation of the Hariri bombing, because many of the bodies that were brought to the hospitals were seriously damaged by the blast, and the identification had to be done through dental records comparison; this was also done with the body of Hariri.

The witness was further involved in the inspection of the crime scene, especially in relation to the need for further investigations on potential suicide bomber Abu Adass, whose video claiming responsibility had been spread through the media. The witness and his students collected very small body parts from the crime scene, which were numbered and marked on a map. This resulted in a report on the DNA results of these samples, including the remains of the person who was closest to the bomb, and who has never been identified (the unknown man). Judge Lettieri questioned the witness about why those would be the remains of the person closest to the centre of the explosion. The witness explained that this can be deducted from the size of the remains, which were much smaller than the remains from other persons (including two persons who were part of the convoy, and thus very close to the explosion as well). Also the remains of the unknown man were found relatively far from the explosion but scattered in the same direction.

It is the Prosecution’s case that Abu Adass, the person who claimed the responsibility of the attack through a video message, was in fact not involved in the bombing. The witness has compared the known DNA from the crime scene with the DNA of Abu Adass (taken from samples of his tooth brush), and the DNA of the mother and two sisters of Abu Adass. He concluded that no remains recovered at the crime scene belonged to any member of the Abu Adass family.

During cross-examination, some of the difficulties with collecting and analysing remains from the crime scene were discussed. For example, rain or water used by fire-fighters could have (re)moved remains, or could have caused mixture of remains with soil or mud. Because of that, for some of the samples no or only a partial DNA profile could be extracted. Also, the bulldozers and lorries that were used to remove vehicles from the crime scene, could have displaced or removed remains. Defence counsel for Badreddine, Mr. Edwards, showed Professor Ayoub various remains and bones collected by the Spanish team in 2005-2005 for which none or only a partial DNA was extracted, including one item that could not be matched with the genetic profiles from the deceased victims (originating from first floor of St George, see area 1I in below photograph). Witness thinks this originates from an injured person, and not a deceased person, though. 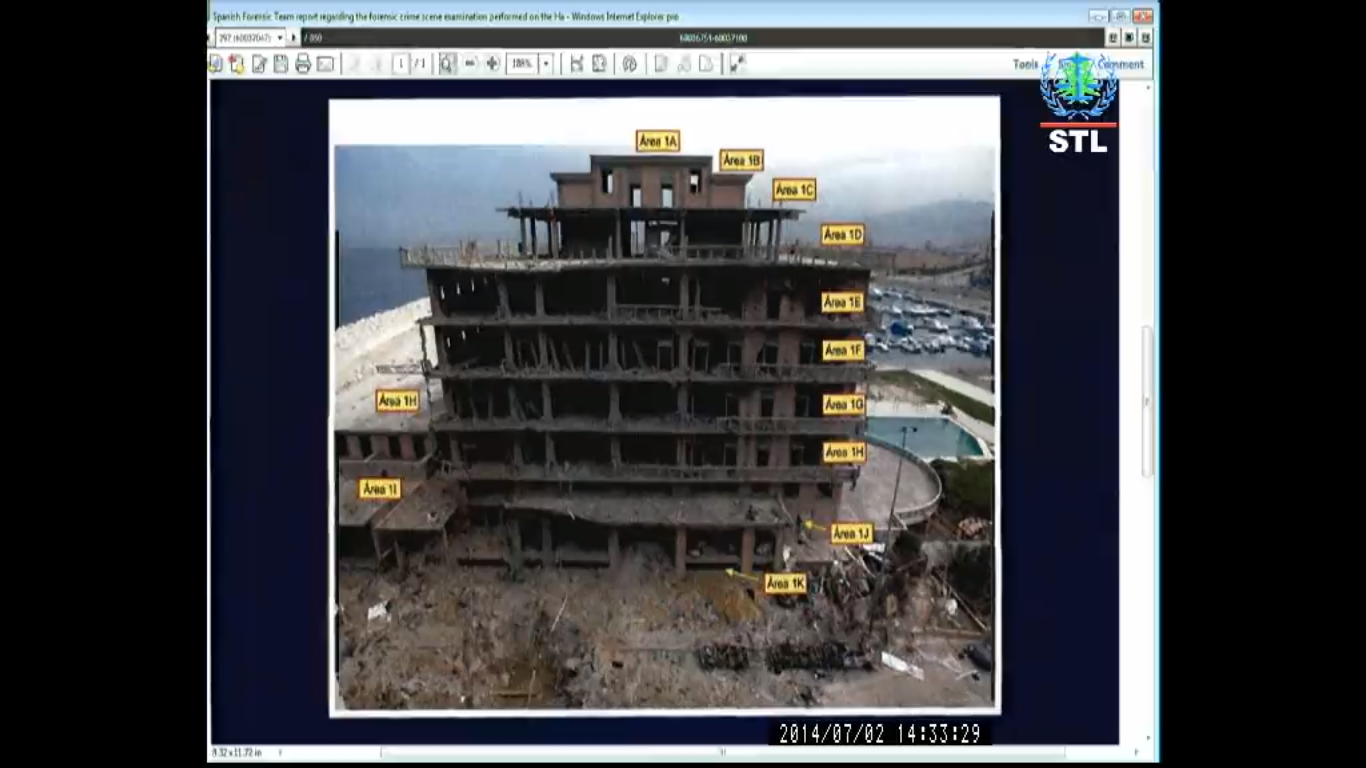 As to the Defence's suggestion that the remains of the suicide bomber might have not been found, the witness thinks it is very unlikely that the remains of an entire person were removed. In the course of his work, Professor Ayoub has dealt with over 25 suicide bombings in Lebanon, and the body of the suicide bomber is destroyed but remains have always been found. The remains of a person closer to the explosion than the unknown man could be even more fragmented, smaller and fewer, and the witness thus cannot exclude that unidentified remains could be from a person even closer to explosion.


The second, and last, Prosecution witness called to the stand this week was Dr. Issam Mansour, also a DNA specialist, testifying with regard to the DNA profile analysis of victims and potential suspects. 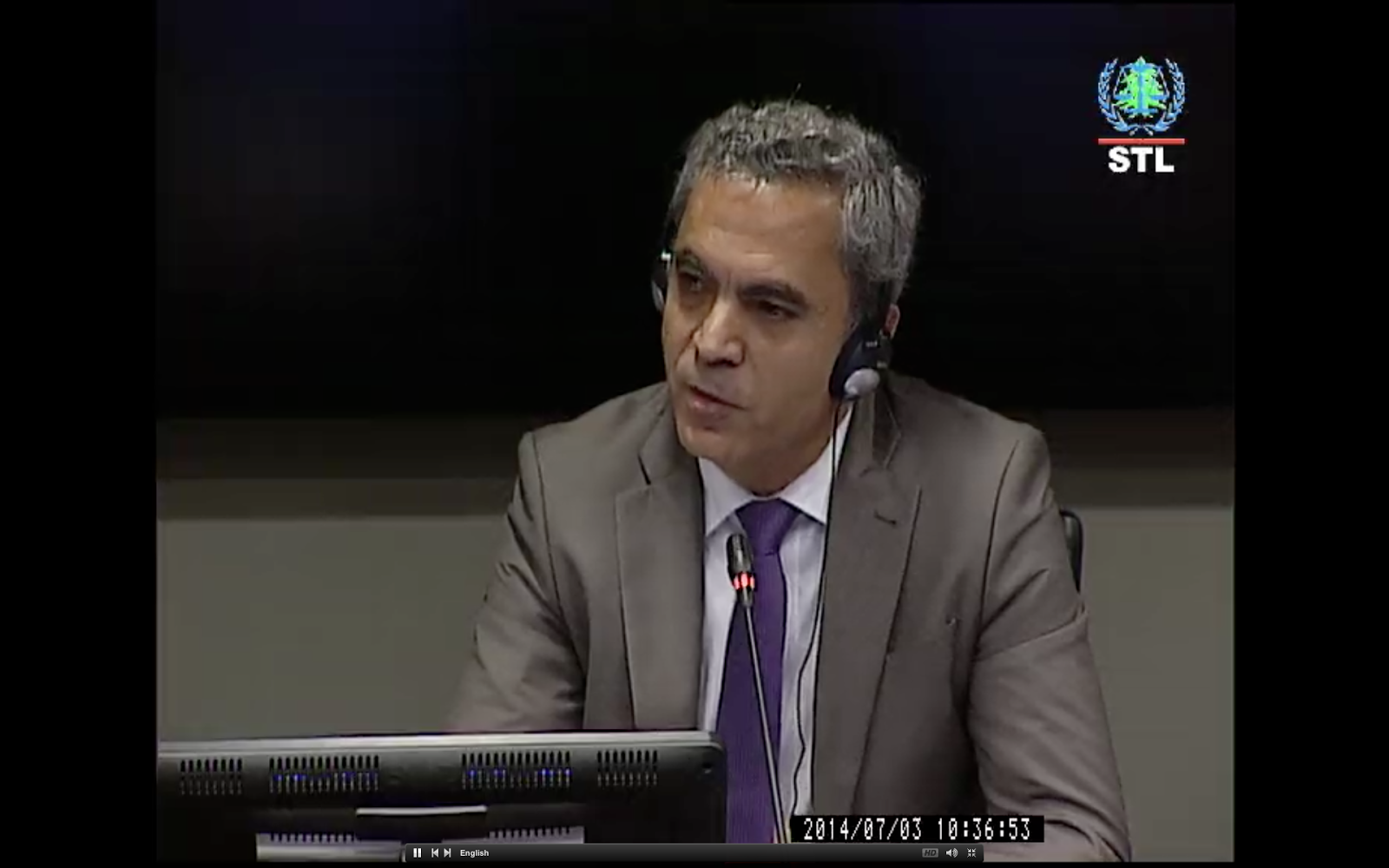 In his testimony, Dr. Mansour explained how the DNA testing and matching works. Importantly, he indicated that DNA matching is mostly used for exclusion: if there is a non-match, we can exclude the possibility that it is that person's DNA; this is certain. However, if there is a match, it is only a matter of probabilities. If there is a complete match, Dr. Mansour indicated that the probability is one in 10 billion individuals, unless we're talking about siblings. A DNA profile is identical for a unique person; only identical twins normally have identical DNA profiles.

This witness received the DNA samples from Professor Ayoub. This witness simply received the items to be identified and matched, and conducted his research on those, and filed several reports with his conclusions, that are exhibited to the proceedings. With regard to several of the items, the witness was unable to extract a DNA profile because there was not enough DNA on the items, such as toothbrushes. In those cases they were unable to identify the DNA profile.

The hearing was adjourned after this witness was cross-examined by defence for Mr. Badreddine and Mr. Merhi until Tuesday 15th July. The Chamber adjourned the hearings for a week so as to allow the Merhi defence more time to prepare its case.
Posted by Unknown at 3:53 PM