This witness, Mr. Ali Hamade, is the younger brother of Mr. Marwan Hamade, who testified earlier in this case (see our blog post). Ali Hamade testified on 13 and 14 April for the Prosecution. This witness is a jounrliast at the An-Nahar newspaper. He writes one of the political editorials. He accompanied Mr. Hariri on official and non-official visits. After he started covering Rafik Hariri's activities, the two became very close. The witness acted as an intermediary between Hariri and President Bashar Al-Assad of Syria.

The witness informed the Trial Chamber of his idea of a future movement network that he presented to Hariri in the summer of 2004. Lebanon was divided on the presidential extension, and the witness was among those who opposed Lahoud's extension. Rafik Hariri was also challenging the extension, and trying to change the political scene. The idea Hariri and the witness discussed that summer was to start a media campaign opposing the extension. Rafik Hariri was heavily pressured by the Syrians to stop this campaign against the extension; there was pressure on his television station and Future TV (Al-Mustaqal TV) suffered from a rocket attack. No investigation resulted, but they knew it was the Syrians who were behind this. This was not official information, but there were many rumours to that extent. 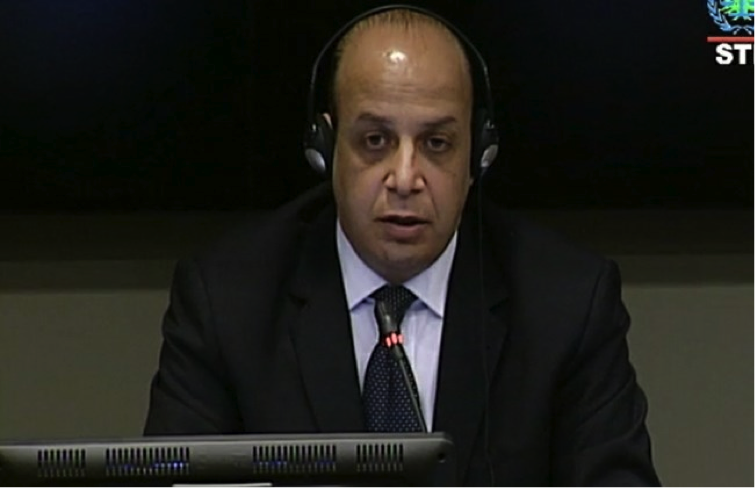 Mr. Hamade understood that Mr. Hariri was under great pressure, including by President Lahoud himself. After the attack on the Future TV had taken place in June 2003, and things changed after that, Hariri was less involved in direct confrontation with the Syrians and even President Lahoud. Future TV had reduced its political tone afterwards. During 2004, Hariri became more involved in the opposition movement.

After Lahoud's term was extended, the witness met with Rafik Hariri, and the latter informed him that "the show will continue. The battle has started". The Prime Minister had two meetings in Damascus, the second of which took place in August of 2004. Hariri attended the meeting "because he did not want the country to explode", testifies Hamade.

In cross-examination, the witness is asked about the attack on Future TV and who was behind that. The witness remains confident it was the Syrians who must have been behind that, in spite of a Jihadi group who claimed responsibility. The witness further testifies about some of the Lebanese judiciary exerting influence or pressure on Lebanese politicians.
Posted by Unknown at 4:13 PM