Testimony by Dr. Murray on the chemical analysis of explosives used in the attack


On 29 and 30 September, Dr. Gerard Murray came to the stand to testify about specific tests as part of the wider investigation in cooperation with Dr. Van der Craats, the forensic scientist from the Dutch Forensic Institute (NFI), who testified several weeks prior to Dr. Murray's testimony (see here). 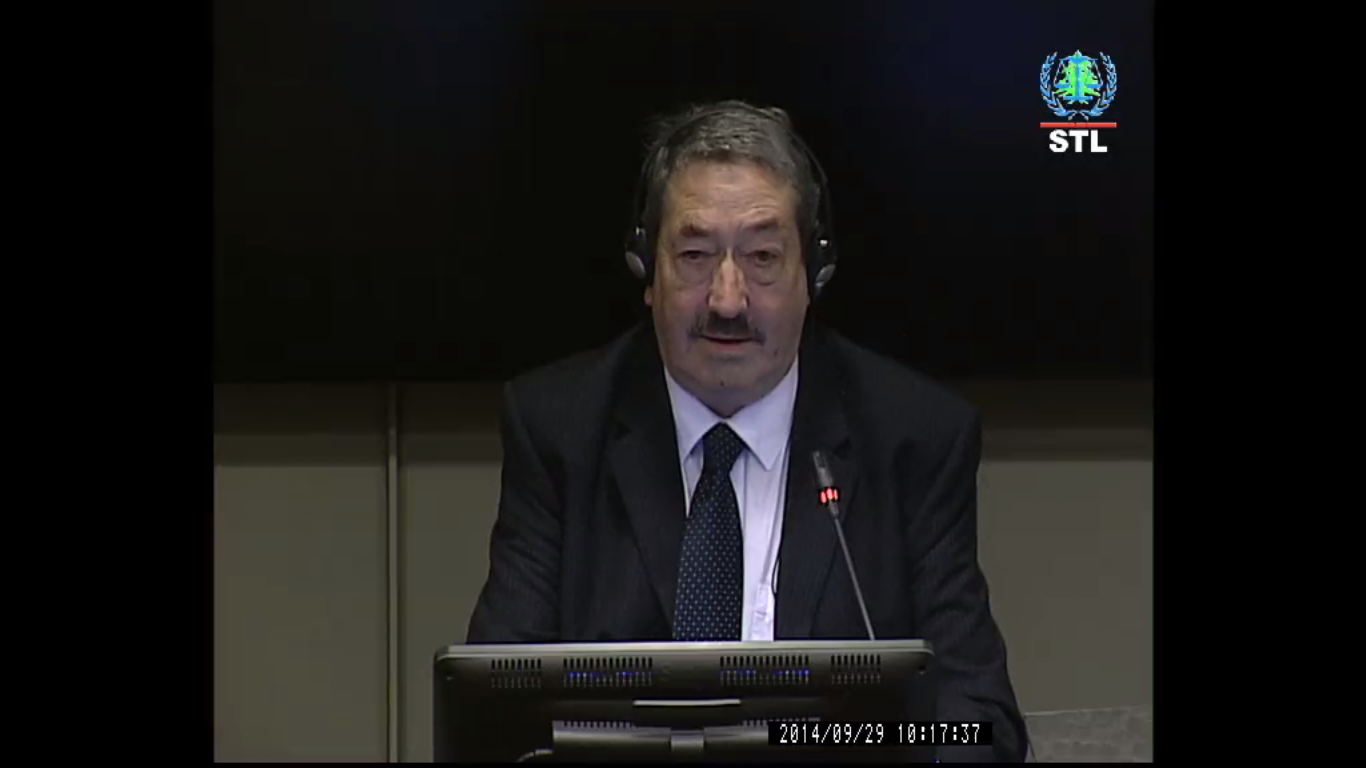 Dr. Murray is a British specialist in analytical chemistry. He has dealt with many explosions during his 40-year long career in the UK, and was invited by the Dutch investigators' team to join their investigation. Together with Dr. Van der Craats, the witness examined which of the items recovered from the crime scene were suitable to examine for explosives residues. The analysis of the swabs taken by the witness was done in a laboratory in Northern Ireland. The witness visited the crime scene in order to observe the damage that had been caused. The witness was not involved in the actual collecting of the evidence, but only the examination thereof.

The testing in the laboratory consisted of so-called high-pressure liquid chromatography, consisting of two series of tests, the first series is an attempt to identify if any materials of significance are present, the second series to confirm the presence or absence of such materials. The tests look for the most commonly experienced organic explosive materials in Northern Ireland (inorganic residues are so common in the general environment that there is no point in looking for them).

The witness describes the traces of explosives they discovered at the crime scene items. On several of the swabs, witness found traces of the explosive RDX, a very powerful high explosive, and a component part of the plasticised explosive Semtex. It is not possible to tell whether the explosive Semtex was used, only that an RDX-based explosive was used. The witness also explains the possibility of the Prosecution's theory that a suicide bomber drove a Mitsubishi Canter van to the location to detonate the bomb there. The most likely scenario being that the Mitsubishi van contained an improvised explosive devise in the back of the vehicle. A less likely scenario would be that of a remotely controlled device. The witness informs the court that in his view it is relatively easy to acquire the components to make RDX. The witness believes the explosive used was obtained from Libya, but this is information he received through conversations with police officers and through the media.

In cross-examination, the witness is asked about possible cross-contamination of the explosive residue. He indeed indicates that such cross-examination can take place. He is specifically asked whether the residue found at the crime scene could have been the result of cross-contamination, but the witness was not present when the swabs with the residue were taken from the crime scene, so he states that "all I can say, Your Honour, is that RDX was detected on those swabs. I can't elaborate on how it got to be there."

In cross-examination, counsel for Mr. Badreddine Mr. Edwards, asks the witness about precautions to protect the evidence, normally taken at a crime scene, obviously with regard to the lack of precautions taken at the crime scene in Beirut and the ensuing lack of credibility of the evidence coming from that crime site, e.g. the exhibits swabbed were only taken some seven months after the explosion. He recalls the items were laid out in the open in a hotel room in Beirut, and admits that items may have been cross-contaminated, which may be an important element for the defence.
Posted by Unknown at 2:44 PM