Witness at Lebanon Tribunal describes the assassination: "And I saw hell"

On 16 October the next Prosecution witness was also a surviver from the convoy of Mr. Hariri that was attacked on 14 February 2005 and killed former Lebanese Prime Minister Mr. Rafik Hariri and 21 others.  Like the previous testimony, Mr. Amer Chehadeh was a security guard for Mr. Hariri and had been working for the Hariri family since 1985. When Mr. Hariri became Prime Minister the witness became a close protection officer for him until the time of his assassination. This witness also traveled with Mr. Hariri throughout Lebanon and abroad.

On the day of the assassination, there was only one car of the Internal Security Forces (ISF) in Mr. Hariri's convoy, that was the lead vehicle. When Mr. Hariri was still Prime Minister, he had much more security than afterwards. At the time of the assassination, there were only some 35 to 40 ISF members assigned to his protection, whilst during his premiership there were some 400 protecting him. 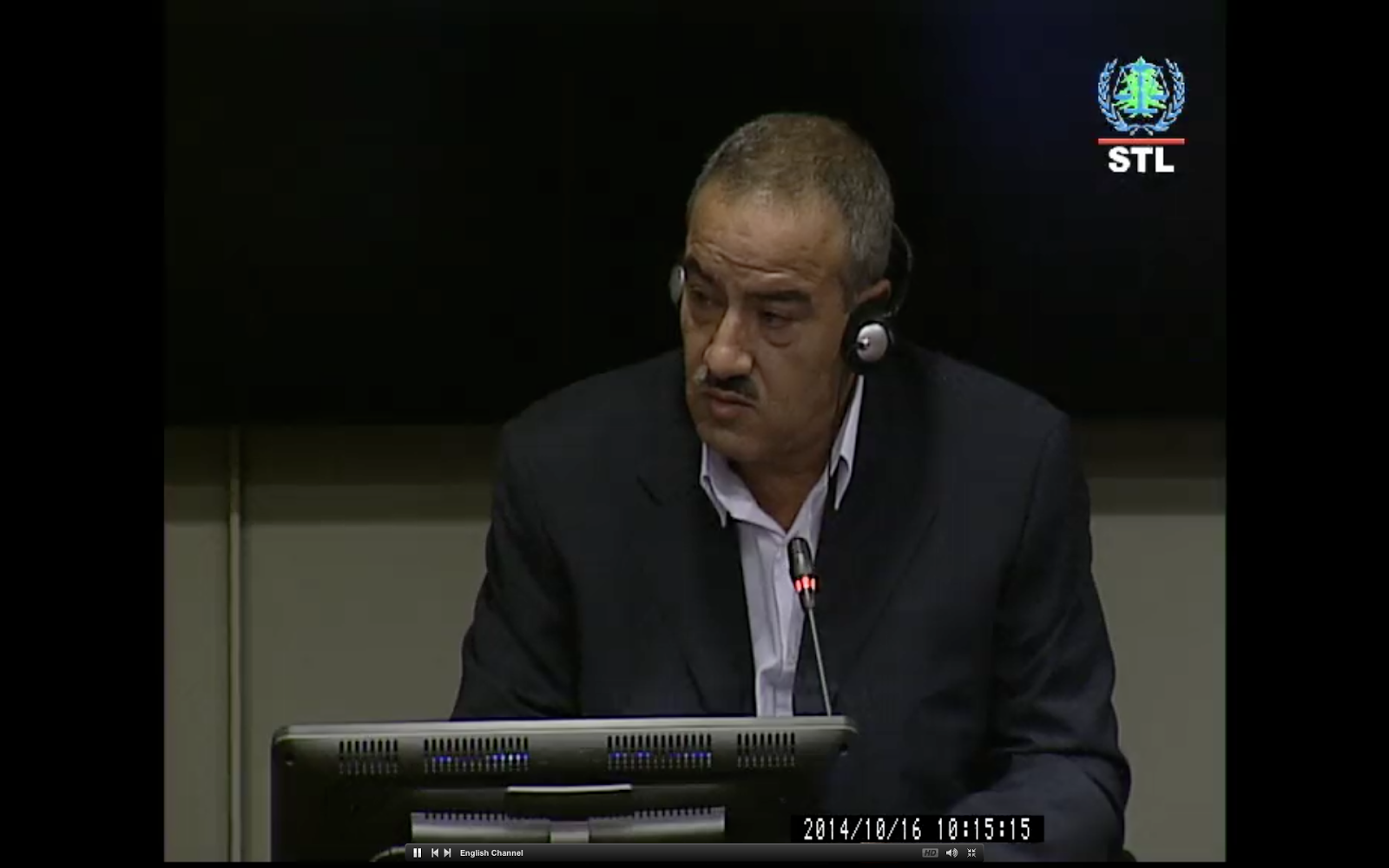 Normally, Mr. Chehadeh did not drive in the convoy, but would only do so when the team was not complete.

In the weeks leading up to the bomb attack, Mr. Abou-Tareq, the head of security, had given instructions to the security personnel to remain alert, though he testifies that they never felt any danger or threat; they never expected what happened, they never thought of that. They sometimes used a decoy technique, where they would create a second convoy, sent to act as a decoy.

In each car of the convoy, it would be the person in charge of the car who was responsible for the turning on and off of the jamming device (see yesterday's blog for Witness 76 on jamming devices). To check whether the device worked, they would turn the radio on: if the radio would no longer be operational, the device would work. Even television sets in the nearby areas would stop working when the jammers were turned on. They discuss one of Mr. Chehadeh's colleagues who was absent on 14 February 2005, the day of the assassination. That person will also be testifying in court under the pseudonym PRH247. This person still works for the Hariri family.

Mr. Chehadeh further testifies about that day, that he did not notice anything that caused him concern on that day and when reaching the St. Georges Hotel; he saw nothing out of the ordinary. This witness remembers the explosion itself, and he testifies:


"As far as I remember, I heard a loud noise and the vehicle flew. It was no longer on the ground and then it hit the ground very hard. I asked the person next to me: Are you okay? He said: Yes. I went out of the car and looked to my back and I saw hell. It was fire everywhere, smoke, and I understood that it was an explosion."

In cross-examination, the witness is asked about the vehicles of Mr. Hariri's convoy, and who would have access to them overnight. This would be virtually anyone within the residence; there were no locked doors but CCTV cameras.

Regarding the jammers, the witness testifies that they would normally check whether they were working immediately after switching them on; they would not check them again whilst driving.

The witness testifies about an ambulance that was at quite a close distance behind the convoy. In an earlier statement (a public document, but unfortunately not available on the Court's website) the witness had indicated that he had heard that the radio was on in the ambulance. Given that the effective range of the jammers was approximately hundred meters, and the ambulance was much closer to the convoy than that, the logical conclusion would be that something was wrong with the jammers.

When they arrived at the St. Georges Hotel on the particular day, the witness had not seen anything out of the ordinary; he did not see any truck or van parked outside the hotel. Double-parked vehicles were a very normal sight in Lebanon, but he saw nothing unusual. This witness finished his testimony within the day, and the subsequent witness, Mr. Dia, was sitting in the same convoy car as Mr. Chehadeh on the day of the assassination.
Posted by Unknown at 11:27 AM