Witness 76: Survivor of the convoy

In the week of 14 to 17 October 2014, the Special Tribunal for Lebanon saw three Prosecution witnesses testify about their experiences as victims of the attack on former Prime Minister Rafik Hariri's convoy on 14 February 2005.

The first witness testified on 14 and 15 October under protective measures and is indicated by the pseudonym PRH076, or in short "Witness 76". His identity and voice were obscured during his testimony in court. 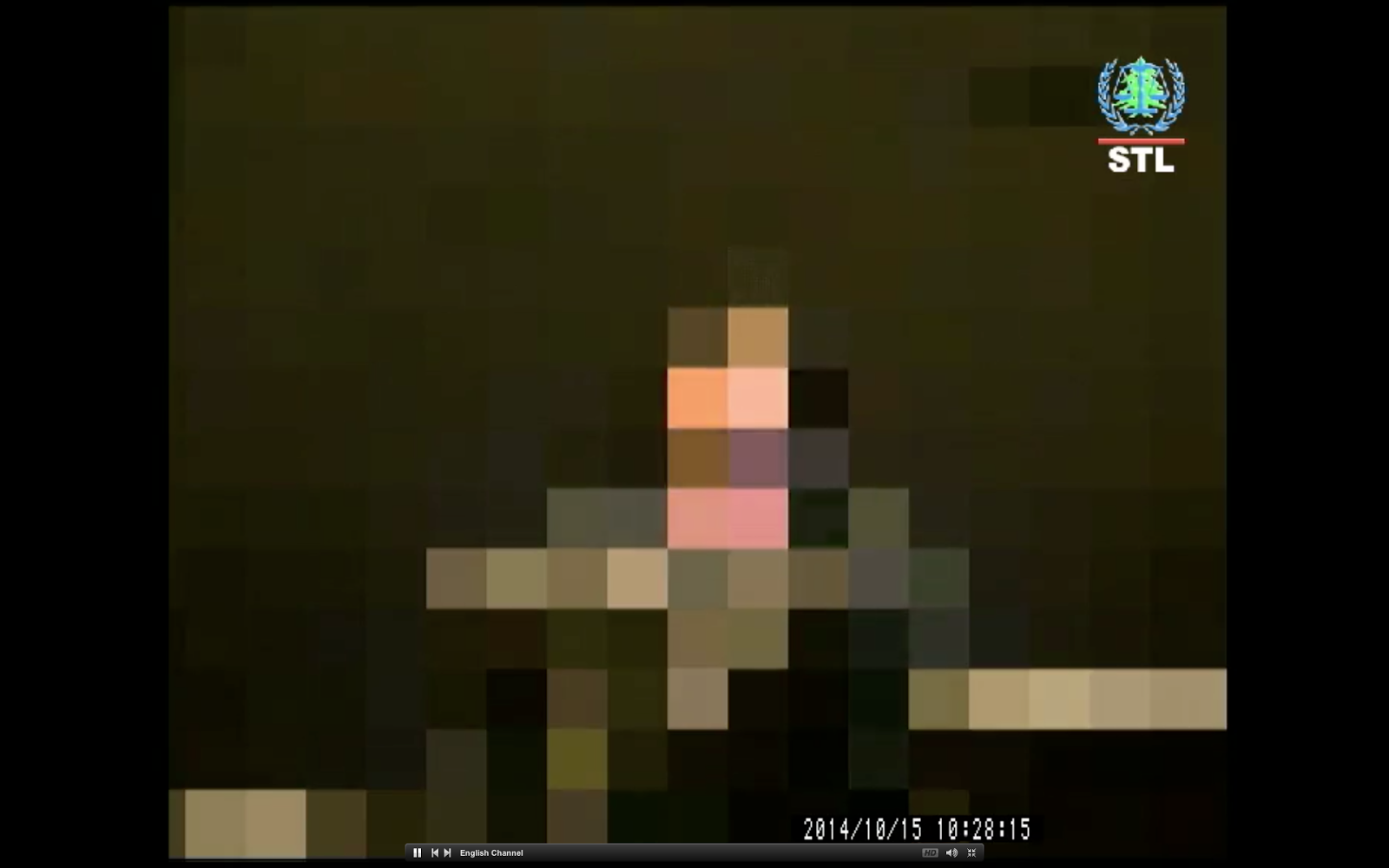 Witness 76 had been employed by Mr. Hariri since 1995 and from 2000 onwards had been his close protection officer.

In his testimony, Witness 76 explains the protection of Rafik Hariri, who at the time that he was Prime Minister was usually guarded by his personal body guards as well as officers from the Internal Security Forces (ISF). He normally drove an armoured car that provided protection against light bombs and bullets. The other cars in such convoy were not armoured. The witness testifies that the cars in the convoy were fitted with jammers, except for Mr. Hariri's vehicle. These devices would jam any remotely detonated explosives. Also on the 14th of February 2005, these jammers had been turned on. When the explosion occurred, the witness had lost his consciousness and when he awoke he was in the hospital; an hour after the explosion he realised that Mr. Hariri had been assassinated.

The witness testifies about meetings Mr. Hariri had had with Syrian President Bashar Al-Assad in Syria. He mentions one particular trip to Syria, when Mr. Hariri met the Syrian President. Mr Hariri returned from that meeting and he was very upset. According to the witness, they had discussed the extension of Mr. Hariri's presidential term; this was between 2004 and 2005. The witness describes that the bodyguards were warned about the threat posed by Hezbollah. Prior to the assassination, there had been an unspecified security threat that they had been informed of.

Witness 76 describes the details of the convoy on the day of the assassination up until the explosion took place. The witness also testifies about a threat he received some two years after the assassination, when he received a phone call and a person told him that "[i]f you do not change what you said to the Tribunal, you are going to follow your colleagues who died before you". The witness, however, does not seem too concerned about it when he tells the court that "if someone really wanted to hurt me, they would have done so after the first phone call that I've received".  The witness informs the court that all information relating to his testimony had been broadcast by some Lebanese television stations, and that all that information had been accessible to the public.

On the second day of his testimony in court, Witness 76 was cross-examined by defence counsel Mr. Edwards, representing the interests of defendant Badreddine. He confronted Witness 76 with evidence that not all the jammers in all the cars functioned properly on the day in question. A witness testifying in court next week would make such declaration in court, therewith undermining this witness's statement that all the jammers were functioning properly. The witness was also confronted with Mr. Wissam Al-Hasan, Mr. Hariri's chief of protocol who was absent at the day of the assassination, which arouse suspicion at a later stage, and this obviously forms an interesting theory for defence counsel representing the interests of the five absent accused.
Posted by Unknown at 9:48 PM